How Sicily deals with phytosanitary dangers to citrus fruit

The spreading of diseases and parasites dangerous for crops and the natural environment is due to humans moving plants between regions.

Sicily must pay particular attention to new parasites attacking citrus fruit, especially considering that it has the highest number of groves in Italy (around 93,000 hectares according to the ISTAT census 2010)

This is why, over the past few months, the Regional Phytosanitary Service (SFR) has been performing additional checks at the borders and intensified monitoring operations all over the territory.

Of course citrus fruit is not the only one affected by diseases coming from other parts of the world, but we will focus on it for the time being as it is one of the most significant segment for the island's economy.

Filadelfo Conti from the Osservatorio per le malattie delle piante di Acireale, part of the Dipartimento Regionale dell'Agricoltura, explained how the Service works. 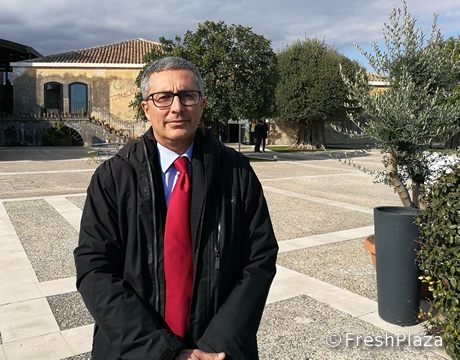 "The Regional Phytosanitary Service is mainly known for the so-called quarantine service at customs (ports and airports in Palermo and Catania and ports in Pozzallo, Trapani and Augusta), but also performs a series of activities that strengthen and complete the prevention strategy at the border. These activities include the studying of defense strategies against parasites by using organic and chemical means with a low environmental impact, worker training and the setup and implementation of monitoring operations on the regional territory based on EU guidelines."

"As regards citrus fruit, the SFR is particularly active against the introduction of new harmful organisms that may damage crops. I am thinking about Huanglongbing  (HBL or citrus greening) and its vectors. HLB is very dangerous and could heavily damage citrus groves as there is no cure. Luckily, said bacteriosis or its most efficient vector, Diaphorina citri, have not been detected in the Mediterranean basin yet. However, another insect vector of the organism, i.e.Trioza erytreae, has been detected in other European countries such as Spain and Portugal."

"Considering that the EU forbids the entry of plant and any other citrus fruit multiplication material, we need to monitor illegal introductions such as material imported in hand-luggage or through goods from extra-EU countries. We are particularly careful about travelers who may not be aware of the regulations and therefore accidentally introduce goods that can contain vectors harmful for the Sicilian habitat." 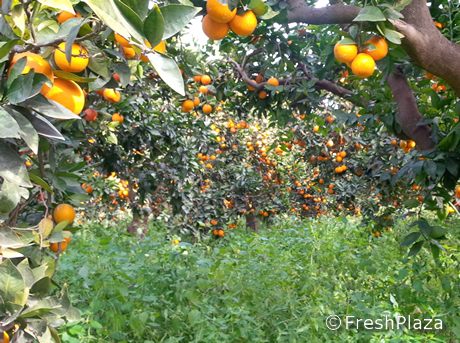 "We have recently intercepted Murrayas as well as other plants or fruits that could potentially host diseases and vector insects. In this case, the goods are immediately blocked and destroyed."

"In Spain there is also an aphid (Toxoptera citricida) that is a vector for CTV and which therefore represents a potential menace for our citrus fruit production. It may put an entire economy of national and European relevance at risk, so we are very careful."