Florida's Valencia orange harvest is about to get started for the year, with growers just waiting on the fruit to get a little less acidic. The sugars are there and packers are ready, but most growers are holding off to make sure the fruit has achieved the optimal balance of sweetness and acidity.

"A few growers have started, but we have not and neither have the juice companies," noted Doug Feek of DLF International based in Fort Pierce. "BRIX levels are good, but the acids are not quite at the right level just yet. We have identified a couple of orchards where the acid ratio has hit our target so we expect to start harvesting within the week, with greater volumes coming off a week after that. In the interim, we are shipping pineapple oranges which are a mid season orange."

Feek added that the situation was different to last year when the season started earlier. "Last year, we were forced to make the transition earlier due to the effects of Hurricane Irma. The fruit had also met the desired BRIX-acid ratio much sooner than it did this year."

Bigger crop but difficult market to start
Last season's orange crop was severely hit by Hurricane Irma. This season, things are looking much better, with the crop looking significantly larger than last season's. Good weather during the growing season along with timely rains has helped boost the fruit set.

"It's been a good growing season and the Valencia crop looks significantly bigger than last year," Feek observed. "Last season, the final count came in at 46 Million boxes. Of course, we won't know this year's number until the final packout figures come in, but estimates are placing it at 76 Million boxes. The rain last week followed by this week's warm weather will help bring on the fruit. We typically ship well into July with good quality fruit."

In terms of the market, it looks as though the Valencia orange deal will be entering a tough market, especially for wholesale. "Our main customers are retailers with juicing machines and this market looks to be steady and growing," Feek explained. "The wholesale market, however, has been flooded with fruit and prices are weak. This is expected to improve over the next few weeks. This year, we may export to Taiwan depending on how the market plays out. It's a market that we have shipped to in previous years but not last year." 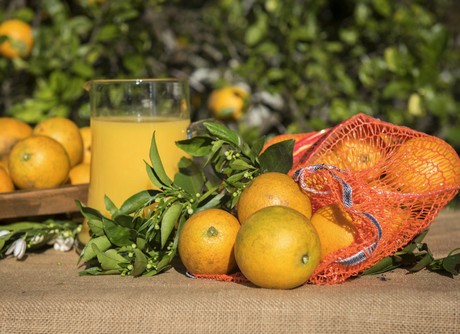 It's the aroma that makes the difference
Why are Florida's Valencia oranges so famous? According to Feek, the unique soil and weather provides not only sweet and juicy oranges, but also the aroma which he says is only found in Florida's crop.

"Florida doesn't just have good BRIX and acid ratios, but we also have excellent juice levels as well as the aroma. The aroma you get from our oranges is simply not the same in other regions. It's different primarily because of the weather and soil conditions which are unique here. It's certainly a great place to grow oranges."