Organic citrus production is very sensitive to the volumes of conventional citrus on the market and it’s such a small market too, says André Spangenberg, to explain why the successful organic example of his farm, Groenheuwel Boerdery in the Northern Cape hasn’t been more widely followed.

“The market is smaller and more sensitive, and it would be easy to swamp it. The premium on organic isn’t that high – when there’s a lot of fruit of the same cultivar, sometimes the prices on conventional citrus are more or less the same.”

“About three or four years ago you could barely market a Star Ruby grapefruit, never mind an organic Star Ruby. In a case like that, being organic doesn’t help you at all.” 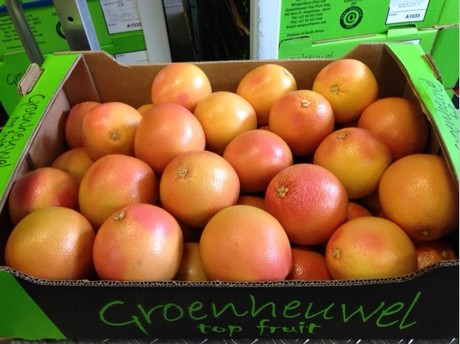 Located along the Orange River in the Northern Cape, where disease load is low due to the dry atmosphere, they start harvesting by mid-March, either lemons or Star Rubies, depending on the year. This year it looks like lemons will be first.

Cautious lemon outlook
Is the pull for organic lemons strong? He is cautious. “I don’t think the market is growing the way the lemon plantings are growing. When the market is overstocked with conventional lemons, the organic lemon market feels it directly.”

“Also,” he continues, “with organic farming you just don’t get the production you can get with conventional production. For example during August you can’t pump as much nitrogen into your trees, compost just doesn’t release nitrogen at that rate.” 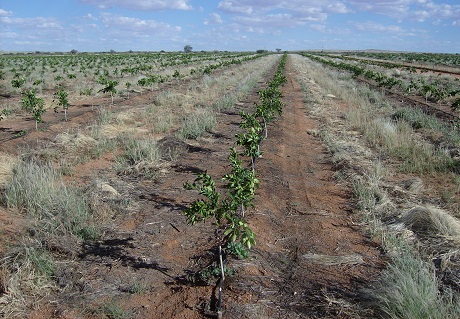 Compost is one of the most costly items of organic production, an expensive and bulky product to transport, along with labour.

“We clear the orchards of weeds with machetes. When the tree is large it creates a canopy and the shade suppresses weeds, but up until about year six in a new orchard! It’s a constant struggle.”

On the other hand, an organic farm is an employer on larger scale than a conventional farm, and requires workers consistently throughout the year. 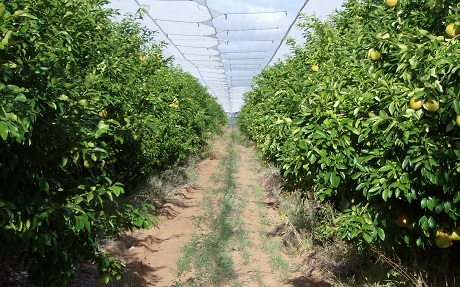 Europe still largest market
André had his sights on organic production ever since Groenheuwel Boerdery was founded a quarter of a century ago. They did table grapes and pomegranates conventional too, but the latter has proven such an attraction to false codling moth that he has been phasing it out.

Most of their organic produce – around 80% Star Ruby grapefruit, with a balance of lemons and Valencias – goes to Europe; a bit to Canada now and then and a small part into the UK. 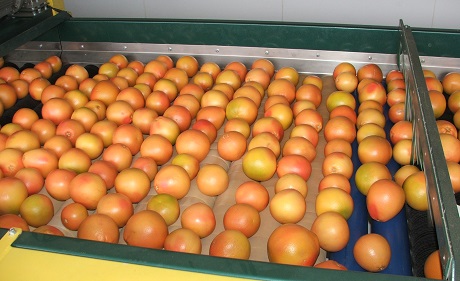 They’re entitled to export to the United States, but after some Star Ruby shipments it’s a market for which he doesn’t have much enthusiasm. Prices might be higher there but so are the expenses, such as inspection costs and shipment for the US market, he points out.

He mentions that organic producers would be glad of a change to shipping protocols, to lift the temperature of the grapefruit shipping protocol. Organic citrus receives no wax treatment, which could leave fruit vulnerable to moisture loss and cold damage to the skin during the sea voyage.