The push to get organic pineapples into stores in the US was not an easy road. But eventually, suppliers have managed to secure year-round supply for the market, with Costa Rica the main source, followed by Mexico. According to Kathryn Courtney of Pacific Organic Produce, it was thanks to the efforts of their partner growers in those regions that organic pineapple supplies are available on a consistent basis.

"We source organic pineapples from both Costa Rica and Mexico," she said. "Costa Rica is the more dominant of the two but from both regions we can consistently source supply year-round. Although we are a fairly small player on the market, we do enjoy our organic program and the great partnerships we have in Costa Rica and also Mexico." 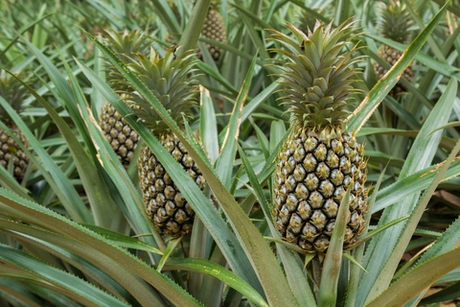 Excellent practices prevent dramatic market movements
The organic pineapple market is one of those categories where a small adjustment in supply can cause significant movements in prices. An extra few loads here and there can cause prices to tumble, while a small delay in shipment has the potential to create an extremely tight market in a short period of time. However, suppliers say pineapple growers have worked hard to keep supply as consistent as possible.

"The balance between supply and demand is very fine," Courtney noted. "Additionally, organic pineapples are expensive to grow. Just a bit of deviation in supply can have a dramatic effect on prices. Our partners do a brilliant job in managing that so we minimize these movements. For example, sometimes weather can cause an oversupply situation, but it never lasts long because our growers manage production in order to smooth out the spikes."

Sizing was also a challenge at first
When organic pineapples started being grown for the North American market, suppliers had an issue with sizing. Organic demand for 6- and 7-count pineapples outpaced what was available, and the majority of supply left for the open market were 8-counts. Not only that, but the 8-counts were considered small at the time, adding to the challenge. However, over time and through effective marketing, the industry was able to satisfy the market.

"When we started to bring organic pineapples into the United States, most of what we could get were 8-counts," Courtney recalled. "It was hard because people generally wanted 6s and 7s. It's interesting because consumers gradually began to turn towards smaller pineapples and now 8 count is widely accepted in the US market. Again, it was also thanks to our partner growers in Costa Rica and Mexico that produced a fine quality pineapple."

Courtney added that now the organic pineapple market is steady while enjoying decent demand. and with a little more work, could grow further into the future. "Pacific Organic Produce receives organic pineapples on both coasts and distributes nationwide," she said. "Overall organic demand continues to grow. However, organic pineapples are more of a challenge for consumers because they require a bit more preparation than some other fruits. However we have seen what happened with the avocado category, which is now one of the strongest in the produce section so this encourages us to continue our work to promote pineapples as the healthy fruit they are. As an organic produce company, we really want people to be healthy and also the Earth to be taken care of. We want growers to be profitable as well because they are the source of all our produce and work hard to supply us with it."