Planet Israel on their citrus season:

“We chose to delay the export of our Sunrise Grapefruits”

The citrus season in Israel is ongoing, and so far there seems nothing to complain about. The exports of the Sunrise grapefruits were postponed due to an oversupply from South Africa, but these fruits are now finding their ways to the Far East as well. For Israeli company Planet Israel there are several goals they would like to meet in 2019.

For Israeli exporter Planet Israel, the season has been going reasonably well, says Betsalel Ohana, export manager for the company: “We had a few rainy months in October, November and December, but since then everything has been fine. We had some issues with the Sunrise grapefruits, as South Africa was finishing up its season. This meant the prices were very low and we chose to delay our export of the grapefruits. Luckily, prices for the local market were very good, so we didn’t suffer from it. Now that the South African season has finished, it’s a good time to export the fruits.” 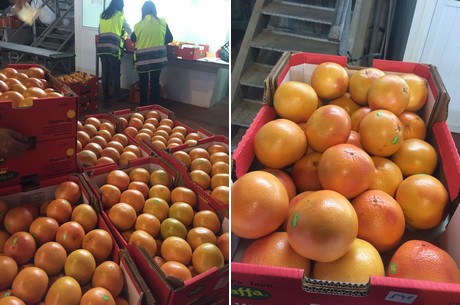 Of all the citrus that Planet Israel cultivates, the Orri mandarin remains the most popular: “We’re not the biggest company in Israel, but we send dozens of containers to Europe, which isn’t our main market at all. Yet the popularity of the Orrin results in a steady customer base in Europe.” says Ohana. “For the past two seasons, most of our citrus has been exported to the Far East. Think countries like China, Hong Kong and a newer market has been Singapore. We’re trying to penetrate Eastern Europe though. We send a few containers there now, but we’re hoping that volume will increase as time goes by.”

Although citrus is Planet Israel’s main produce, the company is trying to expand in other areas as well. “We’re trying to develop other fruits like avocados, pomegranates, dates and bell peppers. Currently we only cultivate small volumes, but as we learn and gain more trust from new clients, we hope we can increase production,” says Ohana. “Fruit Logistica will hopefully help with that. We won’t be there as a stand holder, but the exhibition is great for visitors as well. We intend to meet new potential customers and touch base with our current clients as well.”

A potential new market for Planet Israel could be in Russia, as they seem to be more than interested in the produce. “The Russian market is interesting, and they’ve been sending us requests for quotations for a while now. Hopefully it won’t be long before we can export a steady volume to Russia as well.” Ohana concludes. 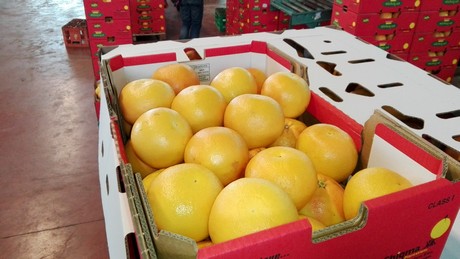