Weather has been a lot better than last year

The winter season of Moroccan tomatoes has started and after a great season last year, the goal for 2019 will be to match the results of that season. Although we’re not very far into the season; the prospects for the winter season look very promising. There is a lot of competition, however…

Tomatoes are grown year round in Morocco, but the year is divided in two seasons. Currently the winter season is well on its way and so far it has been great according to Lamia Al Adlouni, export manager for Atlantic Gulf Company (AGCO): “So far the season is going pretty well. We’re still at the beginning, but the weather has been very good to us. It is getting a bit colder though, and this may have its effect on the smaller fruits, like cherry tomatoes. Last year there was hardly any rain, but this year the weather has been a lot better to us overall.”

Thanks to the better start of the season, AGCO is expecting to match the winter season of last year. “Last season was a bit special due to the political crisis in the Gulf region. Those issues turned out to be great for Moroccan export, as we had 80% growth compared to the 2016/2017 season. The goal right now is to match that season, or maybe even grow a little bit. We have what we need to achieve that goal, as the tomatoes this season are of great shape, size and taste. Prices have not increased compared to last year, so there are no issues there either.” Al Adlouni explains.

The Moroccan tomatoes make their way from Morocco to European and Russian countries mostly. But they found a new great demand in Middle East and Africa: “When dealing with the United Arab Emirates fairly close to you, things can get complicated, as they buy a lot of produce simply to re-export further to the East. Countries like Spain, Egypt and Holland have great produce, and from Egypt it’s actually cheaper to transport the tomatoes to a lot of countries who are willing to import them. We feel our tomatoes are of a good enough quality to compete on the market though.” says Al Adlouni. 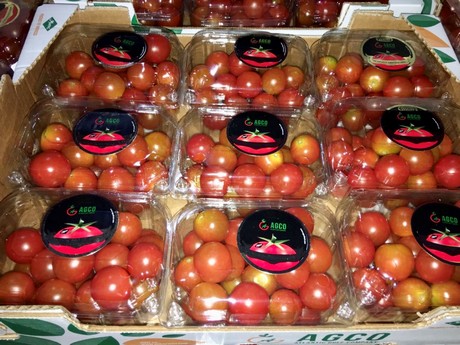 For the future, AGCO is putting its sights on the Asian market: “We’re already in contact to start exporting some of our other produce to Asia. For instance we’re trying to export our blueberries to Malaysia and are always looking for more opportunities. It’s why we’ll also visit Fruit Logistica in Berlin, to hopefully meet some new contacts.”