People who eat in restaurants eat up to 113 per cent more vegetables and up to 13 per cent less meat or fish when this is offered smartly, attractively and qualitatively well by the catering entrepreneur. The appreciation of the guest remains the same or rises. This has been shown in four scientific studies with nine catering companies by Wageningen Economic Research, the Louis Bolk Instituut and consultancy Greendish. 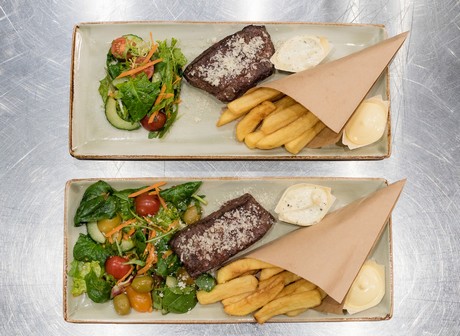 Steak before (above) and after the menu has been adjusted.

A clever adjustment of the menu helps restaurant guests to eat the daily recommended amount of vegetables without noticing. It also results in a reduced carbon footprint because less meat is consumed, and the amount of waste remains the same. “The fun thing is that you can have a major impact on the environment with a small adjustment on plates,” says Joris Heijnen of Greendish, initiator of the investigation and the method of cleverly and sustainably adjusting the menu. 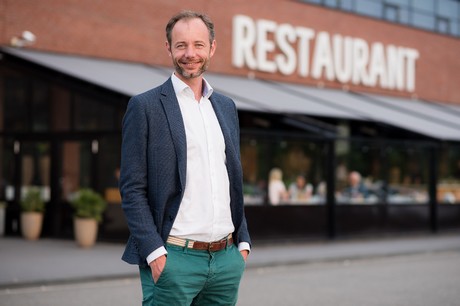 Study among major national players in catering
The investigations were conducted in actual restaurants with actual guests; from lunches to à la carte, from train station brasseries to a dinner buffet and from company restaurants at a ministry to a steel factory. For example, Eurest, Van der Valk, HMSHost, Van Gelder groente en fruit, Koninklijke Horeca Nederland, Unilever, The Greenery and Rabobank were involved in the catering studies. The original dish was traded for an alternative with more vegetables that was prepared and presented more appealingly. The amount of meat or fish was reduced at the same time. After that, the amount of food eaten, waste and satisfaction of the guests was measured before and after the menu had been adjusted. 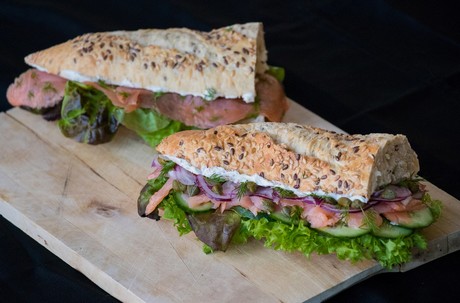 Sandwich before (back) and after the menu was adjusted.

After the adjustment, up to 113 per cent more vegetables were eaten and up to 13 per cent less meat or fish, depending on the setting. Guests were at least as satisfied about their visit to the restaurant. The appreciation regarding flavour, presentation and amount of vegetables even increased in three out of four studies, while this remained the same for the amount of meat eaten.

The future: combined strengths for health and sustainability
For this investigation, scientists, government, food suppliers and producers and catering entrepreneurs combined their strengths with the goal of enticing consumers to eat tastier, more sustainable and healthier food. Gert-Jan van der Valk of Van der Valk, which participated in an earlier study of Wageningen Economic Research and Greendish in 2016, is a strong believer of the principles of Sustainable Menu Engineering: “The catering branch plays an enormous part in making the supply more sustainable, if the entire branch were to cooperate, sustainability would gradually be improved, and guests would leave restaurants more satisfied.”

Food Value Impact: background
The studies were conducted independently by Wageningen Economic Research, the Louis Bolk Instituut and Greendish in 2017 and 2018. It is part of a public-private cooperation (Food Value Impact) of 19 partners, including knowledge institutions, companies and non-profit organisations. The study was in part financed by the Top Sector Agri & Food and the Top Sector Horticulture and Starting Material, and is a continuation of a study conducted by Reinders and others in 2017.