Sunviva-Tomate is there for everyone

Plant breeders of the University of Göttingen and the Association Agrecol have launched a joint initiative to protect seeds as a common good. Agrecol developed an "open-source seed license", which secures seeds as a common good and thus protects against patenting and plant variety protection. The results have been published in the journal PLoS Biology. 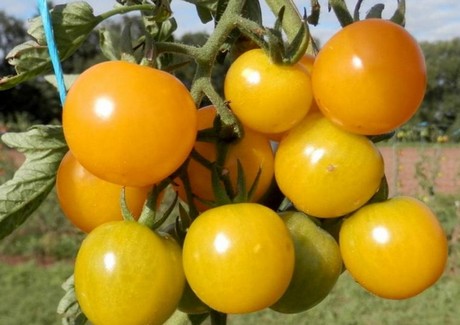 Restricted access to breeding material
"We are noting -with great concern- that access to breeding material worldwide is increasingly restricted by private interests. Among other things, patents prevent important properties from being used more intensively in breeding," says Dr. Bernd Horneburg from the Plant Breeding Department of the University of Göttingen. "The movement to view seeds as a common property has increased over the last six years - probably because of increasing privatization and market concentration in the seed sector."
Trains of thought like these are particularly strong in Germany, the US, India and East Africa. The most recent idea: To license new varieties as a common good. This means that anyone can use, pass on and develop them - for free. Follow-up developments are also covered by licenses. The only condition is that, in order for a seed to remain accessible to all, it cannot be covered by patents or other exclusive rights. Where there is any doubt, this open-source aspect can even be enforced legally, according to the authors.

Open-Source Seeds
The Association Agrecol promotes site-appropriate land use in developing countries. Together with the University of Göttingen and "Culinaris - Seed for Food", it tests the open-source seed license with the OpenSourceSeeds program. "There is great consumer demand," says project manager Dr. John Kochi. However, more and more merchants would offer licensed tomato varieties.

The Sunviva cocktail tomato from the Plant Breeding Organic Free-range Tomato Project was the first tomato strain to receive an Open Source license in 2017. Sunviva is well suited for private gardens and balconies; the yellow fruits ripen early in the season. The open-field tomato project is a network in which new optimally adapted varieties are developed through the free exchange of breeding material and knowledge. Meanwhile, more varieties of tomatoes, corn and wheat are being licensed, and this trend is rising.
For more information: www.uni-goettingen.de