For the third consecutive year

Canada returns to Berlin in February

A delegation that will consist of at least 20 Canadian companies, growers and trade organizations will take part in for a third consecutive year under a Canada pavilion at Fruit Logistica, the world’s largest fresh produce trade show, held annually in Berlin, Germany on 6-8 February. The Canadian delegation will join approximately 80,000 visitors from 130 countries who attended the last event.

According to the Canadian champion presence of Fruit Logistica Berlin and international trade expert Richie Santosdiaz, “Canada returning to Fruit Logistica will be valuable to keep showcasing to the world what Canada has to offer. Fruit Logistica’s global attendance is a great platform for Canadian exporters in fruits and vegetables to contact their current and prospective buyers.” 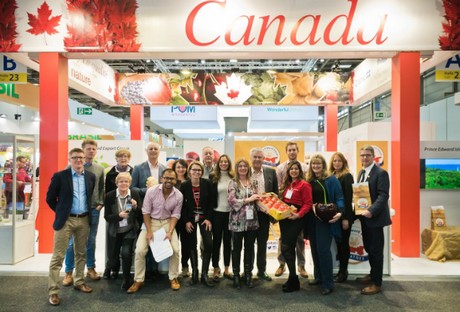 The Canadian delegation at the 2018 Fruit Logistica

One of the planned delegates, Sue Lewis from the Canadian Produce Marketing Association (CPMA), says, “Promoting international trade and investment with foreign markets is a priority for the Canadian produce sector. As an association representing over 860 member companies doing business in the fresh fruit and vegetable sector, CPMA sees the Fruit Logistica show as an important opportunity to engage with current and potential foreign trading partners.” Other delegates in attendance includes the provinces of British Columbia (BC), the Fruit & Vegetable Dispute Resolution Company (DRC), Prince Edward Island (PEI) Potatoes, Air Canada Cargo and CKF, Inc. CKF is a nominee for the prestigious Fruit Logistica Innovation Awards 2019.

Despite Canada’s reputation for harsh winters, the country, the world’s second largest in terms of land mass, has a strong produce and wider horticulture industry that play an important role to its economy and the global produce industry. According to Agriculture and Agrifoods Canada (AAFC), Canada in 2017 exported $695 million CAD ($526 million USD) in fruits and $1.8 billion CAD ($1.36 billion USD) in vegetables (comprising of field vegetables, greenhouse vegetables, and mushrooms). 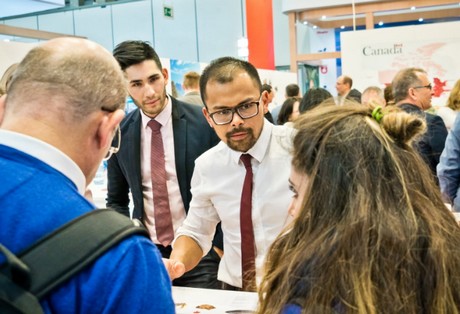 Canada is a significant produce of cranberries and blueberries, as well as having cherries, grapes, tree fruits and Saskatoon berries playing key roles as fruit commodities. Canada's greenhouse industry produces tomatoes, cucumbers, lettuce, peppers, green beans, eggplants, as well as herbs and microgreen vegetables. Finally, one of Canada’s most famous exports, maple syrup, accounts for over 71 percent of the world’s supply.

Since the provisional implementation of the Canada and the EU free trade agreement called the Comprehensive Economic and Trade Agreement (CETA) over a year ago, as well as Canada’s commitment to the Comprehensive and Progressive Agreement for Trans-Pacific Partnership (CPTPP or TPP11), which comes into force on 30th December 2018, Canada looks to further boost trade with not only its historical trading partners but also finding new opportunities.