It's been a couple of months now since New England growers picked the last apples for the year, but in many ways, the season is just peaking now. The growing season presented some issues, with each region experiencing its own particular challenge. Overall volume was slightly down from the long term average, with sizing variable, depending on the location.

"New England's 2018 fresh apple harvest was a few days earlier than normal," noted Russell Steven Powell of the New England Apple Association. "Most orchards were nearly done picking by mid-October, and a freeze October 18 ended the season for most others."

"This was considered a slightly-below-average year for New England's apple growers," he continued. "While there were few reports of frost or hail damage, pollination was spotty in some areas, and June drop was a little higher than expected. Heavy rains blanketed Maine and southern New England during July; conversely, Vermont was relatively dry. This resulted in more large apples in states like Maine and Massachusetts, and more small apples from Vermont." 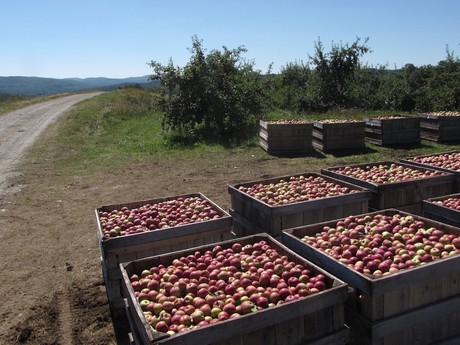 Mid-season varieties now peaking
Powell noted that many of the early season varieties have now finished for the year, making way for the mid to late season varieties. Most of the New England mainstays are in good supply and will be until well into next year. Pricing and movement are also good. "While early season apples like Ginger Gold and Paula Red are gone, most mid- to late-season varieties are still available at orchard stores and farm stands, and New England apples will be available in grocery stores well into the spring," he observed. "There are plenty of Cortland and McIntosh, but also a wide range of other varieties such as Empire, Fuji, Golden Delicious, Honeycrisp, and Macoun, from among the 30-40 varieties grown in significant quantities in New England."

Powell added that due to the growth in demand, more Gala and Honeycrisp are being planted, along with some newer varieties. But it's not just the new varieties that buyers are after. "Newer varieties such as RubyMac and CrimsonCrisp are experiencing good growth. Jonagold also appears to be on an upswing. Heirlooms like Baldwin, Northern Spy, and Roxbury Russet are enjoying a modest revival, in large part fueled by the hard cider market."

Plenty of effort put in for consumer education
With so many new varieties of apples appearing across the United States, the New England Apple Association has worked hard this year to showcase some of the region's unique apple varieties. Printed materials as well as media have been used to help consumers find out more about the different apple varieties.

"We've had good success with our annual New England Apples wall calendar, which hangs in people's kitchens and offices 365 days a year," Powell shared. "This summer, with the help of a Specialty Crops grant in Massachusetts, we produced 14 one-minute video programs describing the region's leading apple varieties. The videos are posted on YouTube and on the New England Apple Association website. We publish a weekly weblog from mid-August through November featuring orchard photography, recipes, news about the harvest, and information about varieties as they become available in the orchard, and that has been very popular." 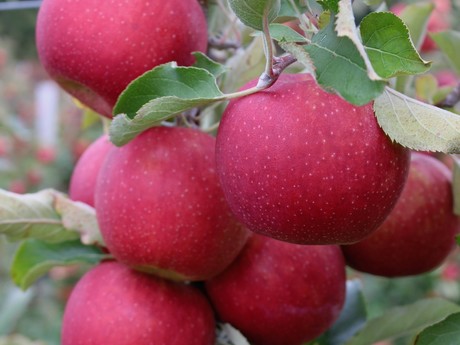 Additionally, the Association has used regional trade shows to further spread the word. "Our booth in the Massachusetts Building at the Eastern States Exposition ("The Big E"), New England's largest fair, falls in the middle of the fresh harvest, making it an ideal time to speak with consumers about New England's apples. The 17-day fair, held from September 14-30 this year, attracts more than 1.4 million visitors."

Sense of pride for locally-grown apples
Most regions in the US have a special crop that is often the center feature of their respective produce calendars. For New England, it is the region's apples that arguably take pride of place in the region. And as Powell pointed out, indeed many apple varieties are unique to New England, instilling a sense of local pride as well as strengthening the local industry.

"Our strength is in our varieties, some of which, such as Cortland and McIntosh, are challenging to ship and grow best in New England's soils," he concluded. "Our strong population base has fueled the pick-your-own movement, resulting in valuable feedback between grower and consumer. Our apples are now available nearly year-round, with controlled atmosphere storage keeping varieties like McIntosh flavorful and crisp well into the spring."