Supplies of imported yuca are solid and pricing is steady.

“While the supplies of yuca are strong, the quality has been suffering,” says Dana Morales of Cattleya Imports LLC. in Houston, Tex. “We source specifically from Costa Rica and they’ve had a lot of rainfall. Their rainy season was really strong this year and that usually affects the quality so we’ve seen more issues, especially from certain regions of the country.” 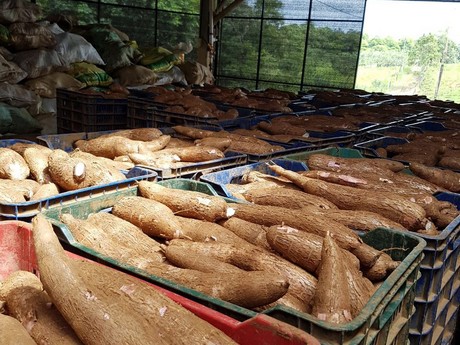 The concern over the quality of the root vegetable has to do with durability. “We bring it in with a one-week transit time and it should be good for at least three weeks before it starts showing internal vascular deterioration. That’s when you know it’s starting to age,” says Morales. “What we’ve seen is, because it’s an underground root, it becomes susceptible to more problems when the ground is saturated at times in Costa Rica.”

Steady shipments
Supplies have been steady of Costa Rican yuca, which is popular in Central American and Caribbean dishes, and the edible root ships year-round. 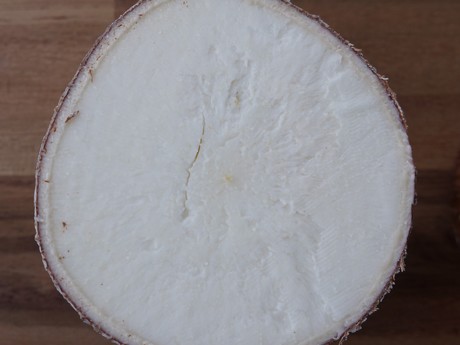 Morales notes that along with Costa Rica, Nicaragua is trying to become more of a predominant Yuca supplier. “But people like it from Costa Rica. I think that’s brand recognition. Nicaragua does supply it and it’s pretty comparable,” she says. “However, if you don’t handle the product right or source the right variety, it won’t last as long as it needs to. There are a lot of things in the packing process and cold chain that need to be handled correctly.”

Meanwhile demand has fallen off somewhat for yuca recently. “Usually around this time of year when it gets colder, demand is stronger than I’ve seen it and I’m not sure why it has dropped,” says Morales.

Pricing is up somewhat too. “Pricing rose in the past couple of months, but right now it is steady. Last year it was about $2 lower,” she says. “I haven’t seen it go below $15 FOB and last year at this time it was $17. Right now it’s at about $19 delivered.”