Next year, Vitaal Europe, based in Poeldijk, the Netherlands, will have existed for 15 years. As part of the British Nationwide Produce, Vitaal initially focused on exporting Dutch greenhouse vegetables. These products include tomatoes, bell peppers, cucumbers, and aubergines.

This is far in the past now, and through the years, their assortment has grown considerably. "Of course, the greenhouse vegetables still form the most significant part of the firm's turnover. However, products such as limes, Kenyan bean varieties, soft fruit, ginger, and sweet potatoes are becoming increasingly important. These are precisely the products with the most growth", says Robert Voskamp. 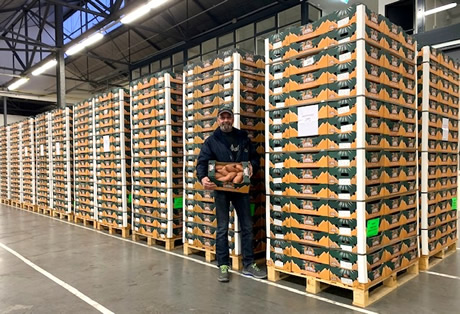 Vitaal has since been importing American sweet potatoes for several years now. "What began with a single container turned into 150 containers last season. The expectation is that this number will easily be exceeded at the very start of the season."

"Besides our original contacts, a number of growers have been added over the years. This product is very popular among Vitaal Europe's existing network. Our suppliers are not only in the United States. They are also in countries such as Egypt and Spain", says Robert. 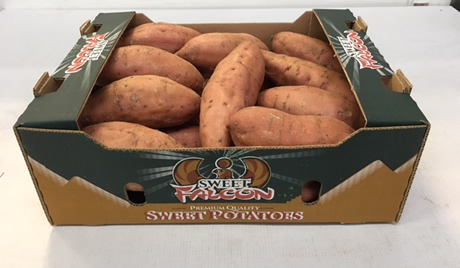 “We offer our clients a good quality product year round. In order to do so, we have entered into a partnership with Egyptian and Spanish farmers. This is because the product from America can have quality issues in the summer. We chose to package the products from the best growers in our own brands. This guarantees the quality", he explains.

"We have an already-established brand for the American sweet potatoes called “Sweet Eagle”. It now has an Egyptian cousin - “Sweet Falcon”. We have noticed that clients specifically ask for these brands because they have no problems with quality. This way of cooperation only has benefits for everyone within our chain. It also offers a solid foundation for the future. 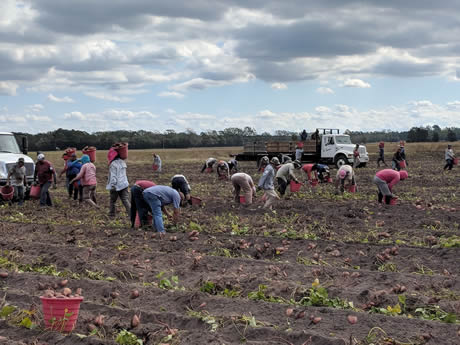 Harvesting sweet potatoes in the USA

“In contrast to most importers, Vitaal Europe has Egyptian sweet potatoes available almost year round. Using a special sorting method ensures these sweet potatoes are of very high quality. Initially, clients are skeptical of this Egyptian product. Their opinion changes once they have received a few loads of “Sweet Falcon”", says Robert.

"The first American containers of the season were released last week. The “Sweet Eagle” farmer was off to a bit of a late start. These can, therefore, be ordered from the beginning of January again." 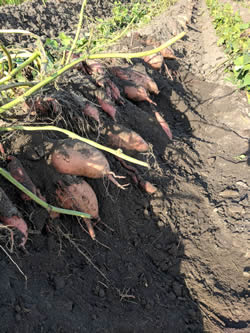 “It is expected that it will become a relatively difficult American season. Due to the low prices of the past few years, a lot less product was planted. Add the long, dry period during the summer and the consequent extreme rainfall later in the year to this. This can only result in a tight supply."

"There is political instability in Central America. Because of this, I am also not expecting a large supply from that corner of the world. Last year, the challenge was in the fresh market sector. This season, it will be especially important to have sufficient product at your disposal. The general expectation is that demand will rise in about January. This will result in higher prices in 2019", concludes Robert.