The Greek kiwi season has been well on its way over the last few months. Although the produce is close to perfect according to the growers, a small decrease in demand from European countries can’t be denied. Luckily other countries overseas fill in the gap, and the season is going well overall.

The volumes of slightly smaller sized kiwis are abundant this year, but there’s no shortage of bigger kiwis either, says Konstantinos Saleptsis from exporting company Oporello: “The kiwis are perfect overall, the sugar levels are good and there’s nothing to complain about really. There are more small sizes kiwis than last year, however it’s not like there aren’t big kiwis available. We can still supply all sizes. Despite that fact, we have seen a decrease in demand from countries what would previously buy from us. France, Spain and the Netherlands are examples. Last year we ‘ve successfully marketed over 7.000 tons of Greek Kiwis of the Hayward variety, while this year the quantity is slightly larger than that figure ” 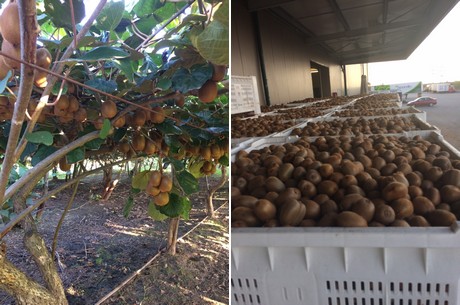 The decrease in demand is mostly due to a new competitor: “Italy is doing really well in production and we feel they have taken over parts of the market that we would usually sell to. It’s nothing worth fighting over though, as we see a bigger demand overseas. There seems to be more interest in our kiwis from countries like China and the Emirates. There’s still demand for our kiwis from Eastern European countries as well, like Ukraine,” Saleptsis continues. “While in the Middle-East it has to be noticed that Iran is also supplying these countries extensively” 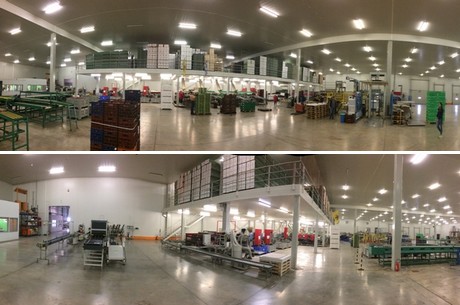 “Normally the season would pick up nearing the holidays, but this season is a bit different. We’re still selling our kiwis though, so there’s not really a problem. We do hope demand in the European countries will pick up a bit more for Christmas and we need to pick up the tempo a bit. But overall we’re satisfied with the season!” Saleptsis concludes.