Frank Ocampo (Hagé International) about the first shipment of Conference pears to Mexico:

"Mexicans must get used to bronzed look, but they like how Conference pears taste"

Last month The Greenery promoted its Conference pears at the Agroalimentaria trade show in Mexico for the first time. They offered tastings to various retailers, traders, service providers, and consumers. In doing so, the Import-Export division van The Greenery - Hagé International - let Mexicans taste this Dutch top fruit.

"Our first direct delivery of Conference pears arrived in Mexico last month. After a few small tasting earlier this year, the fair seemed like the perfect time to share them for the first time in Mexico. In this way, we could see for ourselves how well this product is accepted by Mexican consumers", says Frank Ocampo. 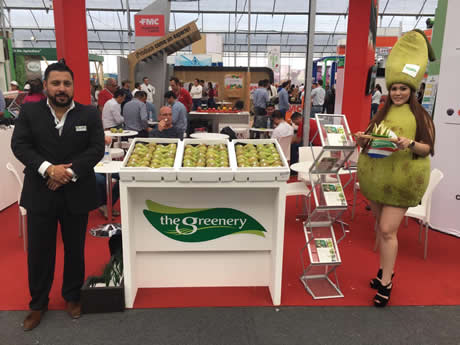 Frank Ocampo at the Agroalimentaria

"In the beginning, Mexican people will have to get used to the Conference pear's bronze-colored skin. This external appearance is the thing the Mexicans must become aware of and learn to accept. Once they taste these sweet pears, their moods change completely", he says.

"These pears taste better than any American or Chilean import pears the Mexicans have tasted. According to various feedback reports from consumers, even local Mexican varieties cannot match the taste," says Ocampo. 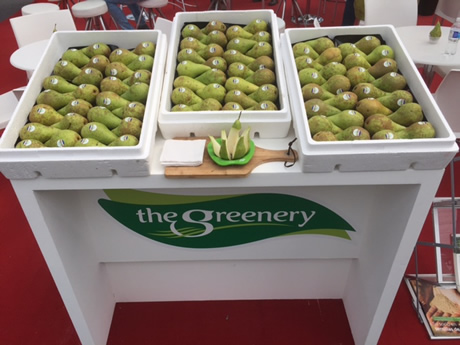 "All over the world, more and more people are buying products based on how they look and are presented, rather than how they taste. It takes time to promote and endear a fruit with a different appearance in a new market. We started exporting to China four years ago. There, the Conference pear is now a fixed import pear in the top fruit assortment", he continues.

"We are striving to reach all the sales channels in Mexico in the same manner. These channels include retailers, wholesalers, and the small corner stores. Together with our partners in Mexico, we want to position the Greenery's Dutch Conference pears. We also want to make them accessible to all the consumers in Mexico", says Frank. 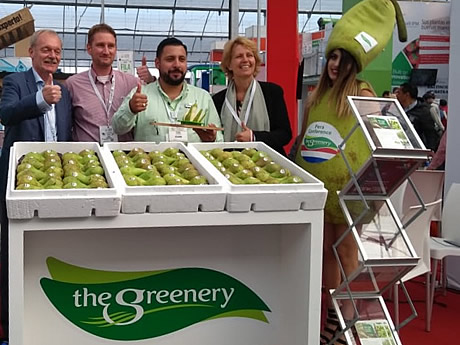 "If we compare the Conference pear and Dutch fruit in general, the Dutch Conference pear is cultivated in a healthier, more social way than an American or Chilean fruit. This comparison is done on a social, residual, and quality level", Frank explains.

"Selling a Dutch pear that a better social certification and is healthier because it has fewer residues, will eventually result in better, healthier pears for the Mexicans. Retailers in Mexico are also increasingly focused on this. External quality and price used to come first. Now, themes such as social certification are also becoming more important", he says. 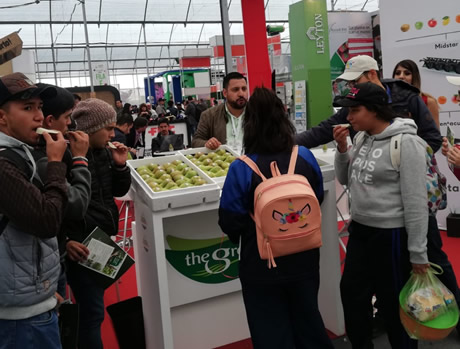 "Along with pear-growers in the Greenery, we hope the acceptance, as well as the continuity of this upcoming market, will improve year on year. We hope it will, eventually, generate more sales. The Mexican market should become the new Russian market for the Dutch Conference pear. This will not happen overnight, but we have taken the first step in the right direction ", concludes Frank.