"Kaki prices are good, but don't reflect the 50% drop in the production"

Due to the persistent rainfall during the current season, kaki producers have been forced to start the harvest at least a week earlier. The harvest of Rojo Brillante kakis in Spain's main producing areas will consequently be finished in ten or twelve days.

According to Pascual Prats, president of the Spanish Kaki Association, this has generally not taken a toll on the quality of the fruit. But since so much water has fallen, the trees have lost their leaves faster and the trees suffer root asphyxia. 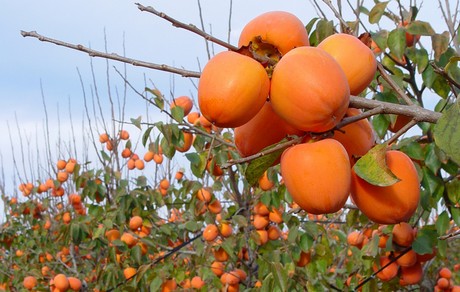 The campaign has been marked by climatic adversities, especially by frost and hail, which have caused the production volume to fall by approximately 50% compared to what was initially expected. As a result of this, the prices are good and the supply is easily absorbed by the market. "Sales are going smoothly and prices are good, but we believe that they do not really reflect this year's great shortage," says Pascual Prats.

According to the representative of this association, around 80% of the Spanish kaki production is exported. The fall in the production has also caused exporters to focus more on the largest markets for this fruit, which are currently in Europe. "There have been fewer shipments per container to overseas destinations, as we first want to meet the demand from European supermarkets, which are the ones importing the largest volumes. In the new markets outside the EU, orders are more limited," he says. .

Spanish kakis are entering new markets
However, and in a campaign with such atypical circumstances, the sector has made its first exports to the Indian market, where 9 test pallets have been shipped. "The tests have been a success and we expect to ship larger quantities in the next campaign." In April, we plan to visit an agro-food fair in India in order to try boosting our presence in this market." 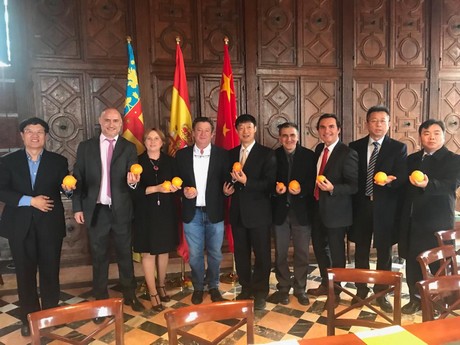 At the same time, the Spanish kaki sector is looking forward to making progress with the export protocol to China, which has the potential to absorb large quantities of kakis at interesting prices. The fact is that Chinese consumers are familiar with this product and appreciate the Rojo Brillante variety, which is very different to the kaki varieties that this country produces. Recently, a Chinese delegation met with companies from various sectors, such as sports, furniture, and construction in Valencia, in a bilateral event. "Although the visit to companies in the agro-food sector was not scheduled, the members of this mission had the chance to taste our Rojo Brillante kakis and were captivated by them. The interest in this fruit is very high and we need an export protocol with this country soon," says Pascual Prats.

"The kaki production is very limited this season, but if the usual weather conditions are recorded next year, we could have a production exceeding the 450,000 tons and serious problems to sell at decent prices if we don't soon manage to diversify our markets. It is an urgent matter; the more markets we have, the better," says Prats.