FruitPro was founded in October 2017 as part of Galilee Export, one of the largest producers in Israel and an established name in the international fresh produce sector. FruitPro is managed by André Nieuwenhuis, Jordi Fijnheer and Diana Evertse, and from Ridderkerk, the Netherlands, FruitPro now supplies a large number of customers. “After more than a year of hard work we can now say we had a good start,” André says.

The FruitPro team never has to be bored. “So much can still be developed, we only just started and Europe is large,” Jordi adds. The focus is on eight product (groups), with the Israel range as a strong basis. Israel mostly plays an important part in the European winter, with high-quality fruit such as avocado, citrus, pomegranates, medjoul dates and more. Besides the Benelux, FruitPro mostly focuses on Scandinavia, Germany and Eastern Europe. Galilee supplies the Southern European markets from two branches in France.

“FruitPro’s most important goal is to develop as many long-term relationships with customers at the end of the supply chain as possible, using product ‘direct from the fields,’ It might sound hackneyed, but that’s literally the case for us,” André says. “FruitPro’s people know the market well, and with the producers of Galilee, they professionally and proactively respond to the wishes of buyers. These wishes vary considerably per customer, and a lot is easier to take care of from the Netherlands than from, for instance, Israel.” 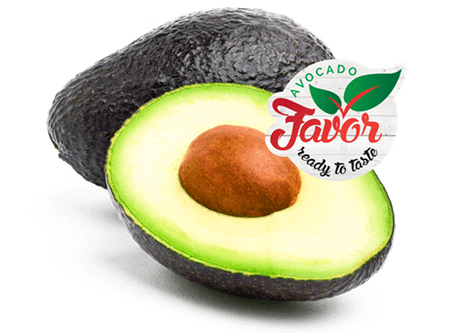 An important trend is the Ready-to-Eat concept, now a fixed part of retail. “Every avocado and mango producer worth their salt has developed a line in that, and FruitPro couldn’t stay behind. From now on, our avocados are available under our own brand, Favor. It’s still in its infancy, but we quickly want to grow with it,” Jordi says.

Another important role for FruitPro is sourcing focus products from other countries. That can also be more efficiently organised from the Netherlands, and with Galilee, FruitPro is creating year-round programmes for its customers. “We firmly believe in this model, a transparent and sustainable cooperation between producer and final customer, without unnecessary ballast. Because of this, we’re capable of not just offering our customers the best, but also of offering our producers fair prices.”

FruitPro is therefore facing the future with confidence. “In five years, we want to be a prominent player on the European market with our core products, and an important partner for retail, in short, a proper Pro,” André concludes.