This year, Jac van den Oord Potatoes’ centenary couldn’t actually be missed, with a cycling event, 100 vlogs from the ‘potato girls’ and a festive centenary as the highlight on 17 November. Leon van den Oord is the proud representative of the fourth generation of the family company. “All of the Van den Oord family members can be characterised by an entrepreneurial and mercantile spirit, and they’ve always been innovate and progressive, and not afraid of taking the occasional risk.” 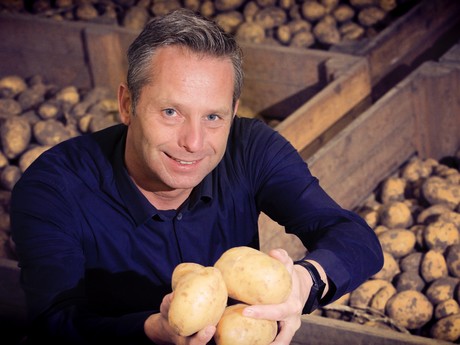 Shop car
The origin of the company can be found in 1918, when Leon’s grandfather, Louis van den Oord, and his father and two brothers start a fresh produce company. Throughout the years, potatoes have always been their main business. The family members buy a lot of goods from the production region around Ammerzoden, and peddle this on the other side of the River Meuse. They do this until the Second World War. As a result of the evacuation, the three brothers each start working for themselves. Louis mostly does this in Vught and the surrounding area. He later started selling fruit and vegetables here using a shop car and on the market. 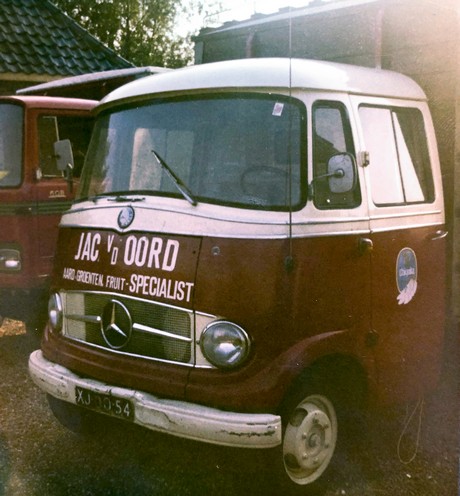 Move
The company’s move to the Uilecotenweg in Ammerzoden is realised in November 1999. At this new location near industrial estate Uilecoten, a new production and distribution centre is built at a site of 9,000 square metres. Here, all types of potatoes are washed and produced in every imaginable packaging using the most modern machines before being shipped to wholesalers or distribution centres.

In 2007 the organisation was expanded with sister company Aardappelteeltbedrijf Ammerzoden BV. This company is located in the modern potato storage warehouse, realised at a bought site behind the current company. Storage is this company’s specialism. To this end, the company had 13 mechanically cooled and ventilated rooms at its disposal, in which the potatoes can be optimally conditioned and stored.

Riding in the lorry
When asked if it was a logical step to make his entrance in the family company, Leon answers: “Looking back it might have been explained. When I was young, our kitchen table was both canteen and office. As a little boy I loved riding in the lorry with my father on Saturday, to visit farmers and customers. These customers mostly consisted of cafeterias, which meant chips! I later had a period when I though my future would be elsewhere, and I was more interested in IT, for example, but when there was a snag at school when I was 20, I entered the potato trade after all, and I’ve rarely regretted it!”

“Although potato trade is no longer the right definition nowadays. Shifting unprocessed potatoes is a thing of the past, which doesn’t mean we no longer supply unprocessed products, but potatoes are now much more an ingredient in our total product. We can no longer make a living with trade per se. In the past 15 years, we started focusing more and more on adding value for our customers, whether in the field of packaging or distribution, but also in the field of marketing. The potato product is still leading in this. Although all generations have experienced good and bad periods both in business and privately, the potato has turned out to be a solid basis for 100 years of Jac van den Oord.” 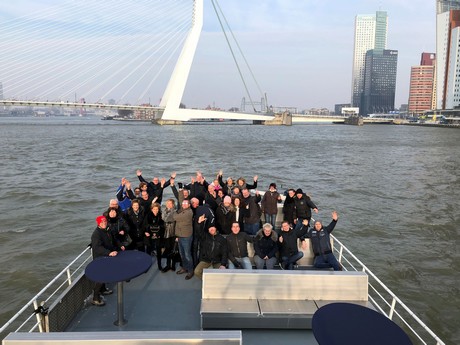 Food through the ages
The consumption of fresh potatoes has shown a declining line for years, yet Leon isn’t pessimistic about the future of the potato. “I think you shouldn’t complain about decreasing sales, but accept it, or at least adjust to it. Volumes might be declining, but that’s the logical result of an abundant supply of food. Our ancestors just ate potatoes, meat and vegetables. Chinese food was introduced next, followed by pizza and pasta, and nowadays, tapas are hot. This diversity will probably expand even more. When people get to choose, they will choose. We have to make sure potatoes are part of meals at least a few days of the week. Over the centuries, potatoes have proven themselves to be an important food through the ages. I therefore expect we’ll still be eating potatoes in 100 years, even though I won’t be around to enjoy them anymore.”

When asked for the highlights in the past 100 years, Leon mentions the jubilee first. “I’m proud we acquired this position on the market with all of the generations during this century. Each generation worked hard to contribute to this, and some parallels could be found in this, albeit in different times. It’s important to mention our growers, customers and employees never begrudged us anything. We owe a lot to this. I’m also happy with the decisions we made in recent years, so that we now have a fairly unique position on the market. That suits me and my employees very well.” 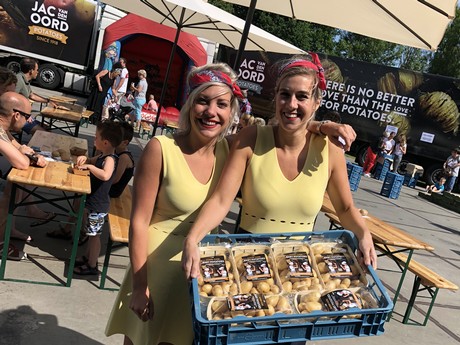 100 vlogs
During 2018 everyone was granted a look in the kitchen of Jac van den Oord Potatoes with vlogs about employees, customers and most of all the potato. The majority of the 100 vlogs by the Potato Girls Britt and Lynn is now completed. Leon looks back on the campaign with satisfaction. “Beforehand I didn’t realise how much work this would be, but we’re getting a lot of good responses and it’s quite nice to see how much this is appreciated by the sector. The idea came about quite accidentally. Britt and Lynn had come to our company to make vlogs at another time, I thought it was an original way to bring attention to our centenary, and AGF.nl came up with idea to make it an even 100.”

The wonderful centenary also has a sad side-note. Father Jac passed away on 22 February 2017, ten months before the jubilee year. “I’m incredibly thankful to my father, and I would have loved it if he could have been present for this. I think he would have wanted that, too, but it unfortunately wasn’t meant to be,” Leon says. Are daughters Sanne and Julia already lining up to take over? “For now they’re still in secondary education and attending a fashion design school. I naturally think it would be wonderful, but I mostly think it’s important for them to follow their hearts and do what they enjoy. For now, that doesn’t include potatoes!”