Summer is here! When thinking of July and August, you might recall your own holiday most of all. If you take a look at the industry, however, you’ll see a lot of the issues it faces today had already started during the summer. Whether it’s the oversupply of apples in Europe, the recall for Romaine lettuce or the trade war between the United States and America; the summer of 2018 was definitely a hot one.

Avocados; the fruit of the year
Although the avocado season had been pretty sweet until now, the prices of avocados in Europe took a nosedive, dropping by as much as 75%. This might be why there was a need to increase the popularity once more, by creating avocado Frappuccino and avocado ice-cream. Yum! In terms of technology, a new instrument was developed to measure the ripeness of an avocado. In Mexico multiple other applications for the avocado sector were developed. The apps would help growers consult information about each of their orchards certified for export to the USA in real time. That wouldn’t help the low prices though, and neither would the avocado oversupply, that was expected to last until the end of August. China was paying low prices for their avocados as well, thanks to the growing trade with Latin America. It turned the previously exotic and expensive fruit into a normal commodity. 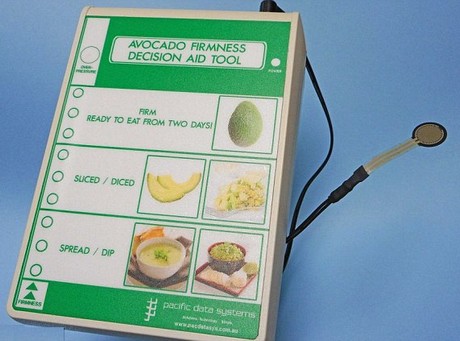 Meanwhile Kenya was on its way to cementing its lead in the African avocado business, overtaking South Africa to become the biggest exporter of avocados. We recently reminded you that squeezing an avocado is bad for the fruit, so a new test was required. Readycado came at the right time, as it can alert avocado lovers when the fruit is actually ready to eat. It was still a prototype, but showed great potential for consumers. Overall, avocado traders who didn’t get their timing right got burned this season, as it started tricky, but turned diabolical real quick. The sociopolitical crisis in Nicaragua didn’t help the avocado trade either, as exporters reported huge losses. This started when the protests began in the country.

Not enough avocados for your taste? We've published another overview of the global avocado market, giving you all the details you need.

Grapes
A short update on the global grape market, starting out with some new early grape varieties and developments. 2018 was the year that the early ARRA table grape varieties started to appear in volume in the marketplace. Egyptian exporters claimed the world wanted them to fill in the window where Chile and South Africa can’t supply the grapes. This would mainly be in the months May, June, July and August. The competition in the world of grapes seemed really fierce, as Greece, Turkey and Spain put the Italian grapes under great pressure. 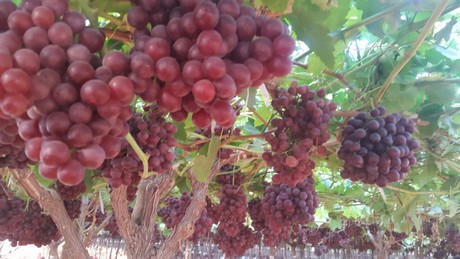 Trump’s trade war
The year 2018 was also the year that US President Trump started a trade war with China, imposing tariffs on produce, leaving China no choice but to retaliate by increasing tax on Northwest grown fruit. China also started looking to replace US farm goods with Turkish products. The trade war was officially on; with the United States planning to increase tariffs on 6,000 Chinese products . People got worried, as farmers in the United States were also hit hard by the trade war. It was even said that Trump’s trade war would hurt America more than anyone else.

China started picking popular produce, like the US summer oranges, and increased custom tariffs on importing the fruits. Trump did more than just pick fights with China though, as he felt it was a good idea to comment on the farm seizures in South Africa, without properly informing himself about the situation. South Africa decided to hit back at Trump’s tweet, claiming his perspective was narrow-minded. Meanwhile Trump was working on a new trade deal with Mexico, and actually got there. The new deal was a 16-year trade deal, however not everyone was pleased with the outcome. Fruit and vegetable growers from the US issued a statement stating they were disappointed with the trade pact.

We also visited events during this period, mainly United Fresh 2018 in Chicago  and PMA Fresh Connections in South Africa. There are photo reports available for both events!

Apples. Apples everywhere.
The biggest European apple harvest in 10 years. That’s what the WAPA predicted in August and this would become the reality later on. A Polish apple exporter claimed they were producing 45% more apples than last season. This major oversupply would mean exporters needed something outstanding to come out ahead. Which companies would broke out would be determined by the varieties they grow, a French producer predicted. A major surplus in Poland was to be expected, especially as the Russian embargo came into effect. China would be the paradise for Polish exporters though, as it was expected they would order most of the oversupply. It would later turn out that the Polish apple exports to China did not go as planned, crashing the prices. At the same time Poland was having problems harvesting their apples, as the workforce from Ukraine did not show up. This would leave large volumes of apples unpicked for a while to come. China would encounter some serious cold weather, cutting the apple production of Gansu Huaniu by 50 per cent. Naturally this increased the price of apples in China significantly.

Food safety
The E.coli outbreak on Romaine lettuce wasn’t the first food safety issue of the year. In July Greenyard had to issue a recall for frozen vegetables from Hungary. Affected vegetables included frozen corn, peas, beans, spinach and sorrel. Later this recall was estimated to cost Greenyard about 30 million euro. The FDA made a statement on the E.coli outbreak earlier in the year, claiming cattle feedlots could be the one to blame for the contaminated Romaine lettuce.