Although it is available year round, this time of year is when jackfruit importers to the US face tighter supply as cooler seasonal weather descends on the primary growing regions. But even the normally heavier producing summer season saw much less supply this year, according to Scott Miller of Tropic Trading Co., based in southern California.

"Right now it's a tight season for jackfruit in Mexico," he said. "This past year has been a really down year. Although jackfruit grows year round, volume production is concentrated from spring to fall. However, this year was very unusual in that many of the trees didn't flower during summer. Normally during the summer, the Nayarit region will ship between 40-60 truckloads a week, but this year we only saw half that."

Miller added that growers informed him that weather issues were most likely to blame for the off year. Now with the cooler temperatures over winter, production will continue to be slow. "Supplies have been tight all year and now it is really tight with the cooler temperatures slowing the fruit growth. Almost all of the Mexican commercial production comes from the state of Nayarit, with a small amount coming from Chiapas. We had a cold snap recently with night time temperatures getting down into the 50s. This is not favorable for any tropical fruit production but is normal for winter, with the coldest temperatures typically coming in January and February." 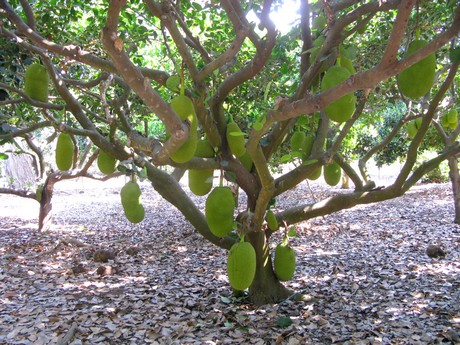 Prices to remain high until more volume comes
With lower volume available, prices are subsequently high, and importers expect this to continue until more volume comes in. "With volume down right now, prices are very high," Miller said. "We expect prices to come down eventually but we won't see any significant volume until at least March. This will depend on how cold the winter gets, with the daily average temperature the key to indicate how the trees will mature."

As Miller pointed out, being such a large fruit, it's not easy to handle and importing them takes more thought. "Jackfruit are a very large fruit, being in fact the largest tree fruit in the world," he noted. "As such it's not an easy crop to handle. Countries like India, Bangladesh, Thailand and Indonesia produce a significant amount of the world's production but it is also popular in Malaysia, the Philippines and Vietnam. World production has been steadily increasing year by year, but world trade is dominated by processed jackfruit, not fresh, because of the difficulties of shipping and handling such a large fruit. As wholesalers, we ship them either in banana boxes or open-top boxes. We prefer the banana boxes because they are more rigid, keeping the fruit safer as well as making it easier for pallets to stay together." 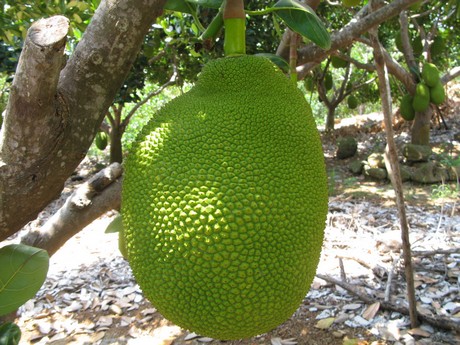 Demand lower during winter
US importers note that much of the demand occurs during the summer months when the weather is hotter and people tend to eat greater quantities of tropical fruits. It makes this time of year easier to deal with when jackfruit is less available. "Demand is not high right now because it is cooler in the US this time of year, resulting in a slow market," Miller explained. "The majority of our customers are Vietnamese and they tend to eat more jackfruit during the summer months. We sell directly to Dai Tan Tropical Fruits, which is a Los Angeles-based distributor. Dai Tan has all the connections among the mostly Vietnamese stores in the L.A. metropolitan area, but also ships out of state."

"Jackfruit is growing in popularity in the US," he continued. "Although it is a rather messy fruit to prepare, those that enjoy the fruit know the rewards are worth it. The stores that buy it sometimes cut the fruit into pieces or take out the carpel to present to customer on trays."