The Spanish garlic sector is going through very difficult times due to the international market situation. Sales have slowed down a lot and there is great uncertainty regarding the future.

Yields have been high this year, similar to last year's, and the quality is also good; however, the current production volume is not being absorbed as quickly as expected at the start of the campaign, according to the National Association of Garlic Producers and Marketers (ANPCA). 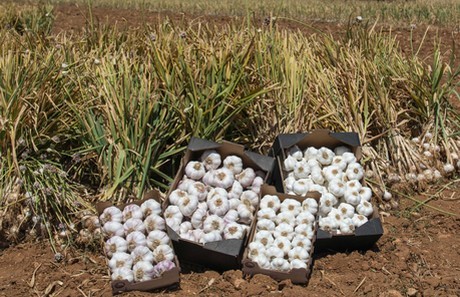 The marketing of early Spring garlic has ground almost to a complete halt, and purple garlic sales are very slow. One of the main causes for this is the great increase in the production of Chinese garlic over the last two years, which has caused the collapse of prices worldwide. In previous years, due to weather issues, China's production had been affected and there was a smaller volume available, which resulted in better prices and encouraged other Chinese garlic producers to plant more hectares. The large amount of garlic currently supplied by China hits the market at low prices, which ends up affecting other producers, such as Spain or Argentina.

According to the ANPCA, garlic is a social product in the countries of the European Union, and although it is theoretically protected against the production from third countries through a tariff set at € 1.20, this measure is not sufficiently effective.

"We believe that there are no good controls on the entry into the EU of productions from third countries, where production costs are usually lower than those of European producers. On the whole, the EU's garlic production is insufficient to cover its consumption, even if we add the garlic under the tariff-free quota. Meanwhile, the product imported from third countries, such as China, must enter with a tariff of € 1.20, which we believe should be the minimum price in the European market. However, the average price is well below this figure, so apparently, something is not working. Given this situation, we are asking the EC to clarify how the production of third countries is entering the EU," said sources from the association.