The North American continent shows the highest percentage growth for Zespri year to date. “The category is doing so well,” says Sarah Deaton with Zespri North America. Zespri SunGold is surpassing total fruit sales by 116 percent and this variety alone shows 32 percent sales growth in North America. “Overall, the kiwi category has been pretty stagnant as it has been hard for consumers to understand premium quality of Zespri versus other kiwifruit,” says Dan Mathieson, Zespri’s CEO. “However, SunGold has revitalized the whole category. It tastes delicious, but it’s also always ready-to-eat and these characteristics are really appealing,” he added. “SunGold is causing a dramatic growth in kiwi fruit consumption, which is fantastic.” 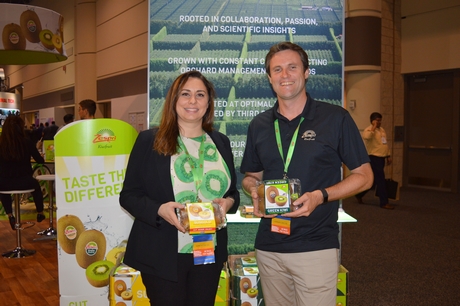 North America is Zespri’s 6th largest market
It will be the first time in Zespri’s history for another kiwifruit variety to overtake Green. The popularity of SunGold is being noticed in all the company’s major markets around the world but is particularly strong in North America. “This market is moving quickly,” shared Mathieson. “It was out of our top 10 markets two years ago and now it’s the number six market for us. We even expect it to move into the top three position over the next five years.” At the moment, the top three is made up of Japan, China and Spain. North America is one of Zespri’s target markets. “It’s a key market where we are putting more people on the ground and bringing more programs into place.” 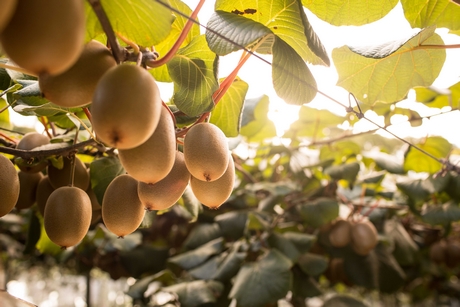 Increasing production in Italy
In order to fulfill the growing demand from consumers in North America and other key markets such as Europe and Asia, Zespri is adding acreage and trying to extend the season. To supply fruit out of the northern hemisphere locations for a longer period, there is more Italian kiwifruit on the market this year. “We’ve got about 3,000 hectares in Italy and about 50 percent of that is producing while 1,500 hectares are between three and five years out of producing,” said Mathieson. In addition to Italy, SunGold is also grown in France, Japan and Korea. Trials are being done in the US and China, but they only just got started, so results are not available yet.

Extending season into January
“With additional production from Italy, we are probably extending our season into January or the beginning of February,” mentioned Deaton. New Zealand supplies start up in May, so that would result in a nine-month supply window. Although the company would love to be able to supply SunGold year-round, that is still a little ways away. “For now, we’ll move from six months out of New Zealand to eight or nine months, including northern hemisphere supplies,” Deaton said. Zespri is also looking at some new Gold varieties in New Zealand that are longer storing, so in the longer-term supplies may be extended even further. 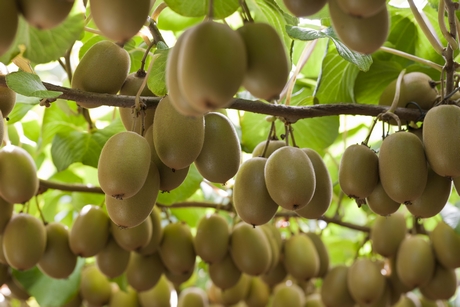 Reaching consumers
“Consumers are loving the taste of SunGold and are curious where they can find it in the store,” Deaton shared. To help consumers locate the fruit, Zespri is working together with strategic retail partners to build big retail displays. “With some retailers, we have seen 50 percent growth in their sales numbers when they are building those big displays,” she said. “We are also reaching consumers before they shop.” A recent consumer campaign resulted in 184 million impressions.