US garlic importers have just started bringing in garlic from Argentina. Although Argentina is a notable exporter of garlic, the season for US imports is relatively short, spanning just a couple of months. Having recently returned from inspecting garlic crops in Argentina, Jim Provost of Pennsylvania-based I Love Produce, explained that after Argentina, Mexico will start garlic production in the spring, before the Northern Hemisphere crop returns to production again.

"The new crop garlic harvest from Argentina just started in November, and will continue into December," he said. "Argentina is the major exporter of Southern Hemisphere garlic in the world. After Argentina, Mexico will come into harvest in April and May. Mexico’s garlic will normally bridge the gap until the Northern Hemisphere garlic is back into production. This year however, based on market conditions, Mexico will have to rely more on their domestic market versus exports." 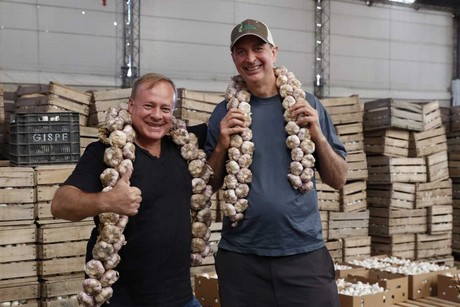 Market oversupplied
Suppliers say there are still large amounts of garlic in storage from the massive crop the Northern Hemisphere produced this year. As a result, the market is soft and is not allowing the new crop to reach its full market potential, despite the reportedly good quality.

"Generally speaking, the market is soft," Provost observed. "The world market is oversupplied with garlic still in storage from large harvests in major Northern Hemisphere producers including China, Spain and the United States. The heavy supply of storage garlic is suppressing the new crop prices being quoted currently. China has tried multiple times to get their market up throughout the season, but those efforts did not take. There is too much storage garlic - especially second quality garlic - to be absorbed by normal demand. This year is a case where the bottom of the market drags down the good quality garlic and the market in general." 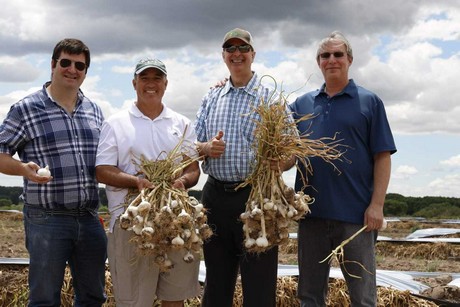 New developments and the New York Produce Show
I Love Produce has been busy this year. The company has launched some new products such as a 2-pack garlic box. Additionally, I Love Produce launched a new promotional campaign in October - "OctCLOVErfest - which they will continue to work on. "With our new 2-pack garlic box from Spain, we pack a hard-neck variety in the box which is very flavorful and keeps for a long time," Provost shared. "This coming year, we will also be building on the launch of OctCLOVErfest – our annual October promotion."

The company will also be attending the New York Produce Show this week. According to Provost, it's an event they particularly enjoy and are well prepared for. "The New York Produce Show is in our backyard, and it gives us an opportunity to see our customers and meet some new friends as well," he said. "Plus spending a couple of nights in Manhattan is always a bonus! When visitors come to see us, they can expect to be greeted warmly and professionally. We love what we do, and I think it shows with how we treat our partners, both on the customer side and the supply side. New York has a vast diversity of markets and consumers, and so do we. We can accommodate native speakers of Spanish, Korean, Chinese, Hindi and English in our booth." Visit I Love Produce at booth 621.