France: “The banana market is suffocating”

“The banana importation business is not an exact science. ‘Catastrophic’ is not too strong of a word to describe the current state of the European banana market,” says Thomas Besnard-Schwerdlin of ABCD de l’Exotique, Opaque Commissionaire Negotiator and Importer located in Rungis, France. “The effects of the ‘yellow vests’ movement on the French market is the last blow to an already bad year.” According to Thomas, in this protest movement, everyone defends their side and no one understands the impact of the blockages on the small and medium-sized enterprises. “Some clients cannot come pick up the bananas they bought because the trucks cannot deliver to the sites.” 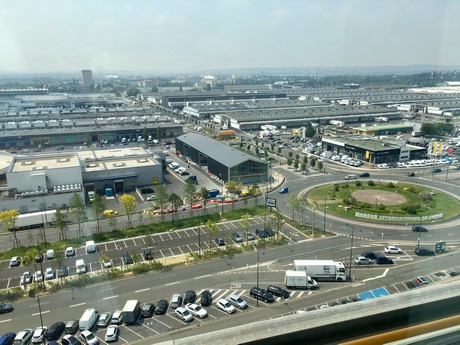 Psychosis
“The problem in France is that all the sensational press is concentrated in Paris. So the ‘yellow vests’ protesters come to the capital, where the cameras are,” Thomas explains. “The media talks about the ‘yellow vests’ 24 hours a day. That creates a psychosis. People are afraid, so they all rush to shop on the days preceding the large protests, like that of Saturday, December 8th, 2018.”

In Rungis, there are big delivery problems. “The trucks arrive too late and their shipments are refused by the clients, resulting in huge losses.” Transportation will get even more difficult with the lack of gas at gas-stations in the Paris Basin as the movement keeps growing.

Thomas notes that both the reforms of the current government and those of the previous governments are being challenged. “It is the anger from all fronts that is coming together in Paris. The small and medium-sized enterprises are the first affected by this movement, while they are the ones generating employment in France. They are suffering great losses. These companies will have no choice; they will have to fire people rather than create jobs. This movement only makes the situation worse.”

Consumption at a standstill
The ‘yellow vests’ movement is far from being the only problem on the banana market. “The imported volumes increase each year, while the consumption in Europe is at a standstill. The market is absolutely saturated. In my profession, everything has now become negotiable and contracts no longer guarantee stability.”

Lack of climate problems
“For years now, the market has been regulated by major climate problems, like the hurricanes in the Caribbean or the floods in Central America. The lack of such problems this year has resulted in an excess of merchandise. Importing so many bananas is unnecessary but the importers continue to do so, pushed by producers who need to profit from their investments by increasing yields.”

Strike in Costa Rica
“We had a protest movement in Costa Rica, followed by a trucker strike in Columbia since last week. These strikes caused important logistical problems here in Europe. We have no clue if the bananas are loaded on the ships or when they will arrive. They are very delicate perishable products. The importers and supermarkets work under contract, so as soon as something goes wrong, the entire industry is affected.” 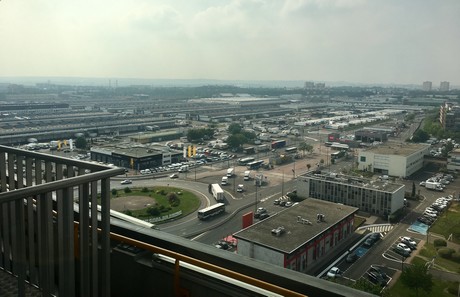