The California fresh persimmon season is all but finished for the year. Growers have reported a challenging year, with reduced a fruit set and a market that has been unkind to them. It did not help that this year was the bottom end of the cycle for the alternate-bearing crop, but growers said the reduced supply was compounded this year, most likely by cool weather during the bloom.

"We have finished our persimmon harvest for this season," shared Steve Maxey of Maxey Farms in Marysville California. "It was a very short year this year with a much lower fruit set. It is an alternate bearing crop, so some years are lighter and some years are better. However, this year it seemed particularly short. There are usually a number of factors but the most likely cause was the colder weather during the bloom." 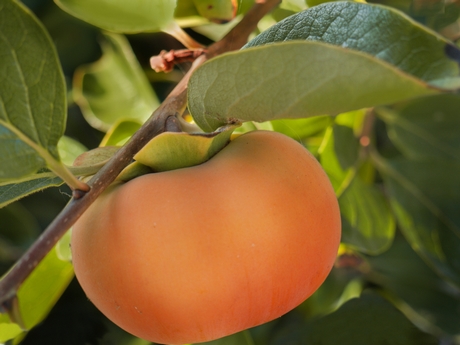 Good quality but market flat
Despite the reduced volume, growers reported that the crop had good quality and sizing. However, the market was flat, with reduced demand ensuring prices remained low. It's possible the tariffs imposed by China played some part. Whether persimmons were directly affected or not is unclear, however there are thoughts within the fresh produce industry that additional fruit - such as table grapes - in the domestic market this year may have caused an ease in demand for some other fall fruits. For Maxey Farms, it has been another challenging year.

"Our fruit quality and sizing has been excellent, but unfortunately the market has been terrible," Maxey noted. "The market on many California fruits has been weak this year. This has presented a challenge to an industry that has already faced increased costs, especially for labor. The demand was just not there this year. We used to grow other crops but now we only grow persimmons. It's getting more difficult each year and we are considering heading out of the business."

Fuyu still the most popular
Out of the two main persimmon varieties - the Fuyu and Hachiya - Maxey noted that most consumers generally prefer the Fuyu. He also mentioned that the company distributes all across North America.

"We grow both the Fuyu and Hachiya, with Fuyu the more popular out of the two. Maxey Farms distributes persimmons all over Canada and the United States, primarily using the 25lb boxes. We also do a few single-layer trays but there doesn't seem to be a great demand for those."