The Icelandic shipping company, Eimskip, has achieved a turnover of EUR182,2 million for the third quarter of this year. This result is 4,8% (EUR8,3 mill) higher than in the same quarter of last year. “This third quarter was the company's biggest since 2009,” CEO, Gylfi Sigfusson, reacted to the figures. 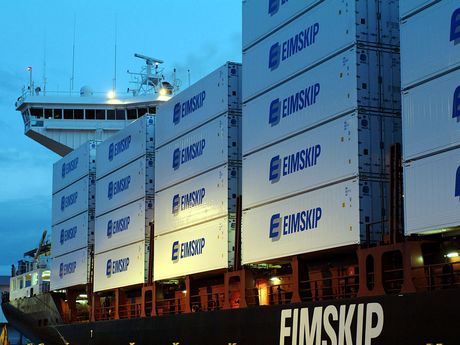 Their EBITDA of EUR17,6 million is a decline of EUR1,7 million compared to the third quarter of 2017. This means this company is performing well below expectations. "The most important reason for this lower EBITDA is connected to a decline of EUR1,7 million in our Norwegian activities' results. The volumes dropped here. The reefer ships' breakdowns also had a negative impact,” says Sigfusson. The freight forwarding segment's results were also EUR1,4 million lower than the previous year.

Eimskip gives four reasons for the lower EBITDA. Firstly, lower results were realized in Norway. Secondly, the shipping company added a third ship to its North American route. This was done to enable a weekly service on the Trans-Atlantic en Schort-Sea routes. The increase in volume and sales on this route were, however, lower than expected.

"In recent weeks we have seen an increase in the number of bookings. We anticipate that this growth will lead to positive margins." Thirdly, the consolidation of large shipping companies plays a role in the market.

In this last quarter, Eimskip lost an agency that was responsible for the line service in Europe. This had a negative impact on the results. Finally, there were fewer vehicles and materials imported to Iceland. This has put pressure on the financial results, despite the increased exports from this island.