The overseas season for tangerines is lasting longer every year. Competition from other Mediterranean countries is increasing, and the water supply in many Spanish regions is challenging. These are three fronts on which the Spanish sector has to come up with solutions. Albert den Braven from Zoutewelle travelled to the Spanish citrus regions between Valencia and Murcia in week 42, to meet several shipping agents. He’s feeling positive about the future. 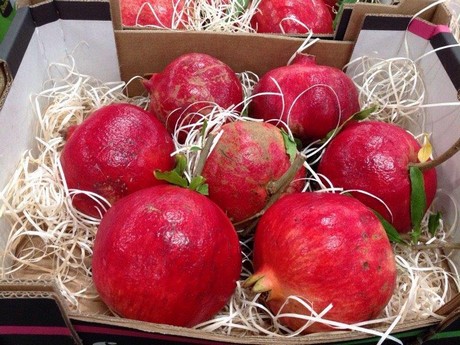 Late September, Zoutewelle received the first Spanish tangerines. “We started with Satsuma-Okitsu, and we’re now also receiving Clementines-Marisol,” Albert says in week 43. “With another, smaller shipping agent we started with Clementine-Arrufatina, both with and without leaves.” In this period of the season, a lot of companies choose Marisol, but Arrufatina has “more colour and flavour.” For the smaller shipping agents, this was a conscious decision. “We have a lot of customers on the domestic market who have to be distinctive with a quality connected to a certain brand that can’t be found just anywhere,” Albert explains. 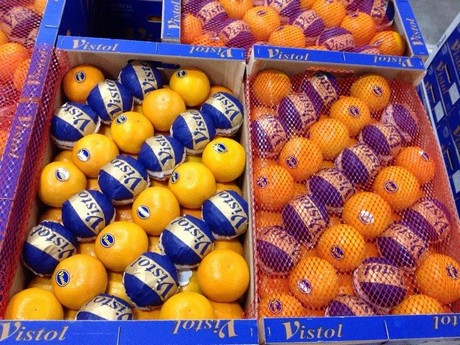 More overseas competition
For the early varieties, competition from the Southern Hemisphere has increased in recent years. “In the past, the Spanish season started with Clausulinas, these were even earlier,” Albert remembers. These tangerine was often still green/yellow of colour. Despite colour not meaning much regarding flavour, consumers associate green tangerines with sour. “When I started in trade, hardly any overseas tangerines were available in August and September. That has changed in the past 20 years,” he says. “There was no alternative for the early Spanish tangerines, because overseas trade took enormous flight with South Africa and Argentina in recent years, and Peru in the last ten years.” 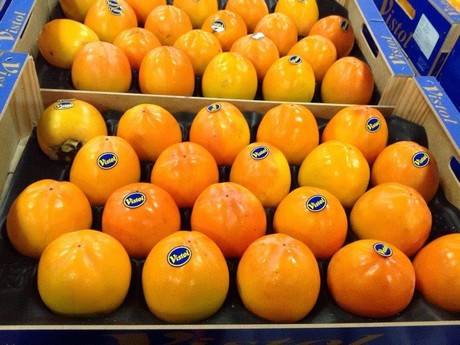 The early Spanish varieties can’t compete with, for instance, South African Nadercotts regarding flavour and colour. Although the good overseas fruit is much more expensive than the first Spanish harvest, a large part of the customers chooses the more expensive tangerines. South Africa has now extended their season until roughly October with the last Nadercotts. From Spain, the early varieties are still on the market at that time. “The period of very flavourful Spanish tangerines starts around week 44/45 with Clemenules. These have the most flavour and are easy to peel.”

Competition from Morocco increasing
During his visit to the citrus regions, Albert visited several growers. “There’s more fruit on the trees in general, but more fruit means they’re smaller on average.” Plenty of quantity is therefore expected, but with smaller sizes. That could make it more difficult to sell the fruit, but it’s expected a lot fo sales can be generated once supermarkets start with their net packaging. This is the case for all citrus. However, he does say the weather could vary strongly per region. “The rain in Murcia and south of Valencia wasn’t too bad, but a lot of rain fell in Castellon, about 80 kilometres north of Valencia, and in Malaga,” he exemplifies. For the later varieties, the fruit could still increase in size if it rains enough. 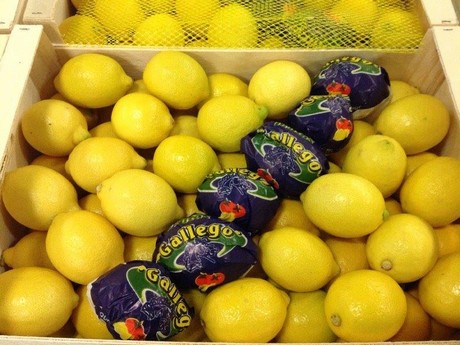 Towards the end of the year competition from neighbouring country Morocco increases. “When they start with Berkane, some customers switch to that. Few countries still have the market to themselves. There’s an overlap between seasons.” For oranges, Spain is also confronted with competition from Egypt and Morocco. The market changes in January, when these countries arrive on the market. “It’s deadly for prices.” Albert gives an example: the standard Spanish oranges should sell for 8 to 9 euro. The Moroccan fruit is often marketed for 7 to 8 euro once supply increases, and Egyptian oranges are even one euro cheaper. “This is deadly for the later Spanish (juicing) varieties.”

Better position for Navels
The effects of that can be felt. “We always did a lot of Salustianas, which we could carry until late in February,” Albert says. Now, Egypt and Morocco also arrive on the market just after New Year’s, to push out the Spanish juicing oranges. This is also the case for Spanish Valencialate, for example. For the Navels, Spain has a better position on the market. Towards the end of the season, in the months of April, May and June, the Navel Powells and other late varieties have a good position. “That’s still going well, because Morocco and Egypt have hardly any oranges available then, and the new overseas harvest hasn’t started then.” This year, the orange harvest starts a week or two later than normally, because the fruit is colouring later because (night) temperatures have been too high. 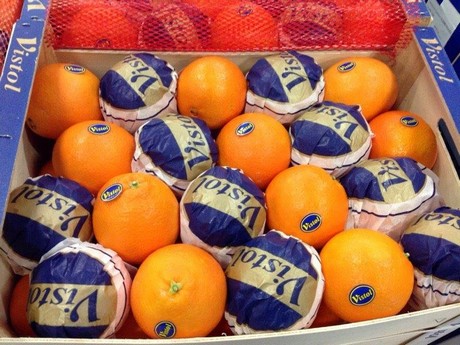 Turkish lemons booming and water shortages
The Spanish exporters have a good position with lemons. “We import these throughout the season from the Santomera region,” he continues. That season starts late September and lasts until June/July. The market for these has been good in recent years, although Turkish competition is increasing. “The Turkish lemons are cheaper, making it especially difficult for the Spanish exporters in the first few months of the season.” After the overseas season, which reported high prices in recent years, the market waits for the first cheaper lemons from Europe. Turkish exporters try to start as early as possible. “The Spanish lemons always have a higher cost price than the Turkish ones, and that has caused a difficult start to the Spanish season in recent years.”

“The supply of Turkish lemons is booming in September/October, with a smaller supply of a later variety in December.After that, these disappear from the market more and more, and Spain then has its own season,” Albert explains. Experience of recent years shows that the first few months of the calendar year, prices for Spanish lemons can rise considerably. However, Spanish lemons also had more fruit but smaller sizes this year. 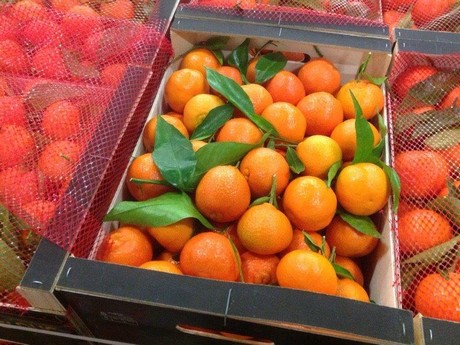 Besides the market challenges, growers are also confronted with the scarcity of water. “Lemons do well in the drier and warmer climate of the Murcia region, but they still need water,” Albert explains. The pressure on the water supply in the south of Spain, however, is only increasing. The growing tourism industry uses a lot of water. “Some growers pump up the water from hundreds of metres underground, and a lot of growers have water basins in order to have a constant water supply,” Albert says. “The water supply will continue to be challenging in the coming years. It’s a major contradiction between tourism and the fruit and vegetable production.” 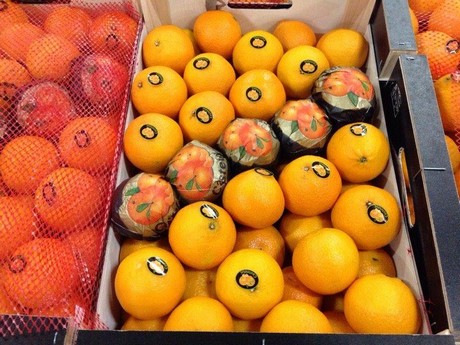 Pomegranate and persimmon: alternatives for citrus growers
In the past five years, the production of pomegranates has been on the rise in Spain. “I was driving in the region between Elche and Orihuela, west of Murcia, and those fields have all been planted with pomegranate trees,” Albert says.Citrus growers are also investing in this production. “Almost every citrus supplier who I visited in this region also had pomegranates. Our supplier of leafy tangerines now also has leafy pomegranates. It’s a different product. The pomegranates are placed neatly on straw, and they have a great colour. This grower is trying to be distinctive this way.” In Spain, a lot of money is spent on the promotion of this fruit. A link is made with the health aspects of pomegranates to this end. The pomegranate is less well-known in the Netherlands. The market is growing particularly in neighbouring countries Germany and the UK. “Consumption has definitely grown, but I think production has grown even more,” he says. Pomegranates also get a lot of competition from countries including Turkey and Egypt.

Albert doubts the pomegranate can become as successful as persimmons. The fact that the pomegranates are more difficult to consume/peel in particular plays a part in that. “A persimmon is much easier to eat if it’s treated properly. Without treatment in the gas chamber, persimmons are very firm when eating,” Albert explains. This year, the growers were faced with frost during the flowering period in March and April. A smaller production is therefore expected, but that decrease isn’t so big that Albert expects problems with supply. “There’s still plenty of fruit available.”