The bigger volumes will be available for Chinese New Year

“The Chilean cherry season started with some delays due to bad weather conditions in some of the production areas like Rancagua and San Francisco. The cherries from Curico are also experiencing some delay at the start of the season. We expect to start with harvesting the bigger volumes by the end of this week”, starts Maurice Navion from Gaulos SAC. 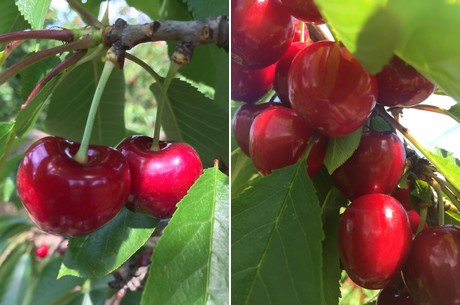 During previous season more than 185.000 tons of Chilean cherries were exported, reaching a record never seen before. “The price per kilo increased up to 7% in comparison to the season of 2016/2017. We work with many different varieties of cherries, but the most suitable for sea transport are the Santina, Lapins, Bing, Regina and Cordia. The varieties that are more suitable for air freight are Royal Down, Summit, Reinier and Van.”

According to Maurice, China is also the number 1 buyer of Gaulos. “China takes more than 85% of the whole Chilean production, and for our company it’s the biggest export market, followed by the United States, but with much lower volumes. Only a small percentage is exported to other destinations such as Europe and Hong Kong.”

Chinese New Year
“We expect that this season will run till February just like the previous season. As the Chinese New year will start on the 6th of February, 2019, it’s important to have exports leave bound not later than the beginning of January 2019. As we expect to have good volumes from this first week of December on, it seems we still have enough time to arrive in the market before the Chinese New Year.”

He concludes that it’s not expected to break the record of last season, 2017/2018, due to the irregular weather conditions. “However, the volumes will still be good, with maybe only 5% to 10% less. Pricewise, the market is still strong and China is buying our cherries from the very beginning of the season. Our quality is the best worldwide in my opinion. The sizes of the cherries could be bigger and there will be less volume this season. The Chilean cherry has a top position in the world market. We don´t expect to be affected by competitors, as happened with the Chilean avocados and blueberries this year.”