"Currently, the potato market is relatively balanced," says Gerald Lemaire of Lucas Lemaire, a company specialized in potatoes and onions. "We have a good supply and a fairly regular demand in several countries."

Lucas Lemaire sells in many countries. "Spain remains our first customer. In the fresh market, we supply Mercadona supermarkets through different operators. This company imports top-notch products with a certain ethic. They have found their products in France, at home and elsewhere, and help support the market. "

Italy is the second largest importer. "Then there is Portugal and all the Eastern countries. They are opportunistic customers, willing to pay a higher price to obtain a certain quality. Lucas Lemaire is also exporting to the Middle East and Germany, which this year suffered a significant drop in yield.

According to Gerald, the number of importing countries is the source of tension in the European market; which allows for higher prices. "Today we have a well-balanced context with a market that remains tense. The market does not drop and does not climb either. Producers are satisfied with prices, but customers complain that they are too high. It always benefits one side more than the other, depending on the years. " 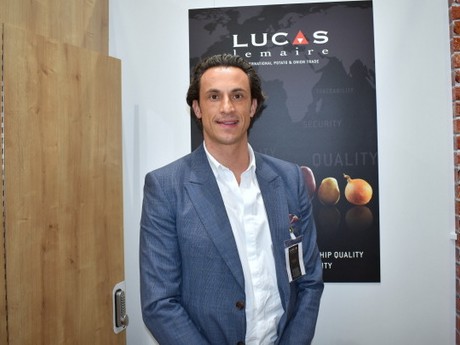 The industry purchased early
The other reason why prices are high in the potato market is because manufacturers bought at the beginning of the season, because they lacked products. "It had a boosting effect on the market," says Gerald.

The influence of the summer heat
This year, production is obviously reduced throughout Europe. "Especially in Germany, Holland, Belgium and in the North of France. Potatoes for the industry are the most affected. All the irrigated sectors in France have a fairly decent yield. Lucas Lemaire closely follows the evolution of the batches which, after having been roughed up by the drought, suffered from problems of regrowth and glazed qualities.

Lucas Lemaire will be present at Fruit Logistica in Berlin: Hall 22, D07.