Hort NZ has praised the New Zealand and Australian governments for their border security efforts in keeping the brown marmorated stink bug (BMSB) out of the countries.

This week authorities from both nations ordered two vessels out of their waters, after the bugs were discovered in pre-arrival checks.

"We don't have it, and we don't want it," Hort NZ CEO Mike Chapman said. "We are so supportive of our border staff, they are doing a very good job at picking it up, and not letting it land. Also, the co-operation between Australian and New Zealand authorities have been fantastic."

Mr Chapman adds that the arrival of BMSB would have massive consequences for both countries.

"Not just rural, but urban, it (the potential damage) is too much," he said. "We are very supportive and working with our border security people, and they are responding very well. However, we are getting ourselves ready for any possible incursions, which makes sense because the brown marmorated stink bug likes suitcases, Barbie Dolls, containers. It's one of those nasty pests that will find anywhere to come in. So, we are very keen to mobilise all of New Zealand to be on the lookout." 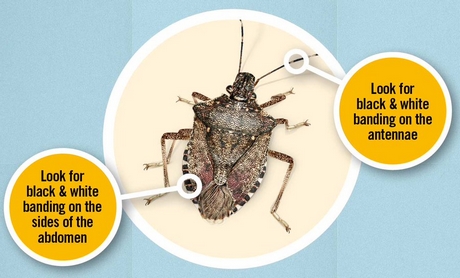 The vessel was carrying a range of vehicles from Europe and the United States.

"The interceptions indicated the cargo was likely to be infested with stink bugs. We also believed the ship itself was contaminated," Steve Gilbert, Border Clearance Services Director at Biosecurity New Zealand said. "We informed industry prior to the start of the season of our hard line on cargo vessels believed to be infested with stink bug. This is about ensuring a dangerous pest does not get a chance to establish in New Zealand."

The vessel left Auckland and will have to be treated offshore before it can return. 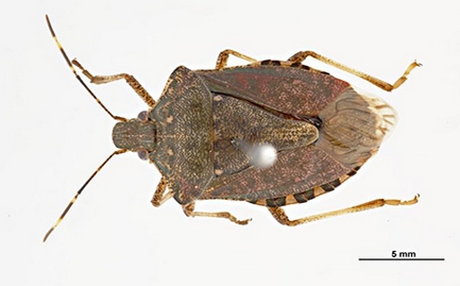 In a separate incident, The Triumph, owned by Armacup was sent back to China from Australia after passing through multiple ports, carrying cars and machinery. Minister for Agriculture David Littleproud says the bugs on board could have decimated the country's $12 billion horticultural industry.

“Australia is extremely lucky to be relatively isolated by sea, which helps us keep pests and diseases out,” Minister Littleproud said. “We sell our produce for premium prices overseas because it’s clean and green – we have very few pests and diseases. If we don’t protect our borders from invading pests and diseases, we could lose our $60 billion farm industries. We won’t shirk the tough decisions – our $60 billion farm industry must be kept safe. Department of Agriculture inspections found more than a hundred brown marmorated stink bugs and other bugs on the Triumph, which indicates a live population on the boat. These bugs eat everything from tomatoes to apples and broccoli to beans. They also gather in people’s houses and stink to high heaven. The risk to our industry was unacceptable."

The Department of Agriculture has put heightened surveillance for cargo vessels and additional pre-arrival reporting in place across extra exporting countries and goods this BMSB season.

The bug comes from Asia and is now wreaking havoc in parts of Europe.

For more information on BMSB in Australia: www.agriculture.gov.au/import/before/brown-marmorated-stink-bugs

For more information on BMSB in New Zealand: www.mpi.govt.nz/importing/other/vehicles-and-machinery/requirements/brown-marmorated-stink-bug-requirements/