"This year's harvest of Qianxi cherry tomatoes from Hainan have already begun to enter the market in November. The production season is estimated to last until March. The overall production volume reached 500 thousand tons, which is more or less the same as last year." This is according to Hainan fruit trader Hu Shuofeng. 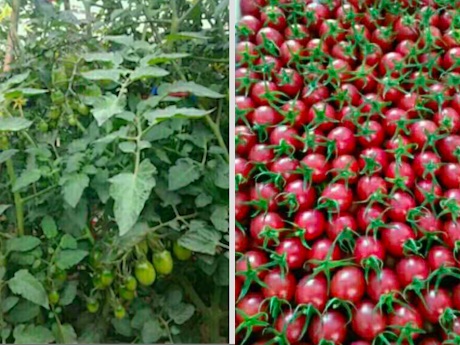 "Apart from Hainan, Guangxi is also a large producer of cherry tomatoes in China. However, the Hainan cherry tomatoes are superior when it comes to product quality, color, and sweetness." 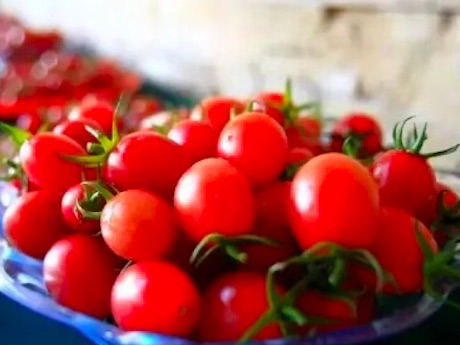 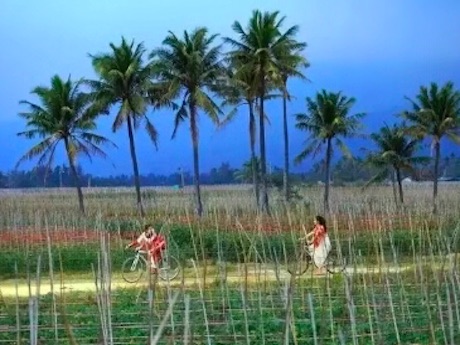 "The superior qualitiy of Hainan Qianxi cherry tomatoes is due to several environmental conditions: first, the soil condition benefits from its proximity to the sea. The soil has a high salt content. The high concentration of salt in the soil makes the cherry tomatoes less watery, and therefore sweeter. Second, the weather falls between tropical and subtropical, which makes the area suitable for plantation of cool and refreshing, crisp fruit. Third, the long season of wind coming in from the sea is beneficial for the color and luster of the cherry tomatoes." 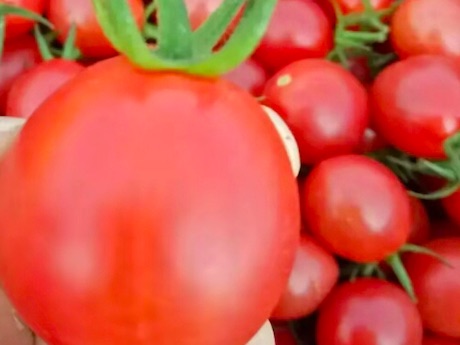 "At this stage we mainly sell our Qianxi cherry tomatoes through wholesale markets and supermarket chains in Beijing, Shanghai, Guangzhou, and Shenzhen. In the future we hope to deeper our cooperation with traders in these areas and bring our delicious cherry tomatoes to the tables of even more consumers."