Spain: Mango campaign marked by rainfall and strikes in France

The last batches of Keitt mangoes of the campaign in Malaga, the largest producer of this subtropical fruit in Spain, are expected to be sold between this week and the next. The sector will take advantage of the pre-Christmas period, when sales are usually good, although the campaign has been quite atypical, marked by persistent rains and the strikes in France. This is what José Antonio Alconchel, manager of Alcoaxarquía, tells us. 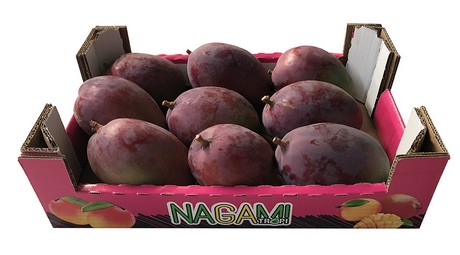 "It's been one of the most unusual mango campaigns I've had in the many years that I've involved in this business." The season started with a delay in the harvest of more than fifteen days due to the abundant rains we've had during most of the year, which is very unusual in this area. Fortunately, however, we have not suffered any significant losses, since the fruit has stayed in good condition in the cold rooms," explains the producer and exporter from Malaga.

Spain has produced around 30% more mangoes this year, with 20% due to the entry into production of new plantations, and perhaps 10% to higher yields, says José Antonio Alconchel.

"Prices have been under pressure this year due to a greater supply, with the peak overlapping with the Brazilian supply. As a result, the average price, in general, has been about 30% lower than last year."

The transport strikes in France have also been an unusual and unforeseen factor, which has made a dent in the mango business. "There have been delays in some shipments to European destinations, and in some cases, the fruit has not reached its destination with the quality that customers are accustomed to. In fact, we have lost about 50% of the volumes shipped or scheduled to be shipped during the period of the strikes. Supermarket chains always need to have product on their shelves, so some have resorted to other origins, such as Brazil."

According to José Antonio Alconchel, the mango production will continue to grow in the coming years. "The volumes will become greater each year as long as the ideal climatic conditions are recorded. Since the Osteen is the most planted variety by far, the supply concentrates within a few weeks. The challenge will be for the market to absorb such volumes in the future."