Imported mango production seems to be down slightly this winter season.

“The volume of mango is lower compared to the past season,” says Vicky Cabello of Cabefruit Produce LLC in McAllen, Tex. “Mango production in the zone is decreased on this item.” 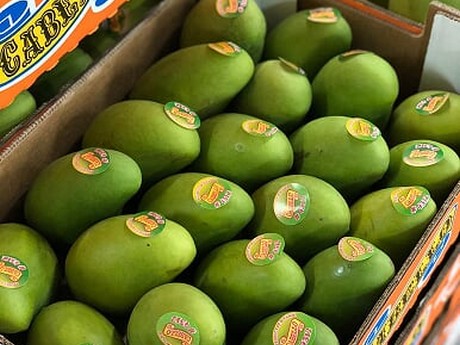 The region she’s referring to is Ecuador, which began its season in the middle of September with Ataulfo, Tommy and Kent variety of mangoes. While it’s currently working with Ecuador and will bring in fruit from there until the end of December, Cabefruit is about to start importing from Peru from December to January, though Cabello notes that volume from this country is projected to be low as well. “Right now volume from Ecuador is decreasing constantly and we’re expecting to have just four or five loads per port from there,” says Cabello. 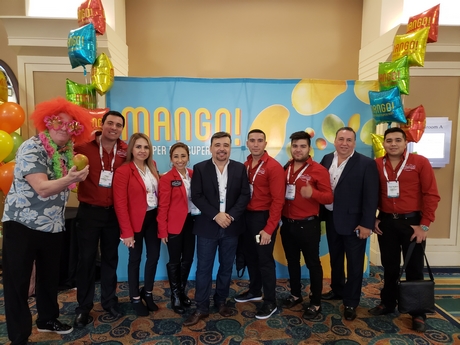 The team from Cabefruit Produce, LLC.

Variety of regions shipping
Along with Ecuador and Peru, Cabello notes that some companies are also bringing in mango from Brazil to make up for the Mexican season ending. Others have turned to the Dominican Republic for fruit, but in a different variety. “The Mexican season usually finishes by the end of August,” says Cabello. “And when mango arrives again, the market prices are usually higher.”

With mango remaining a popular item—Cabello notes it works with Asian and Hispanic markets as well as a variety of retailers—she says that pricing looks good this season. “We’re doing well on pricing because of the volume on bigger sizes,” she says. “We keep the prices on the size 12s and 14s around $10-12/box.”