Cabbage growers in New York have wrapped up harvest for the year and have just commenced shipping from storage. For these growers, they enjoyed a fairly stable and good season, which is in contrast to most other regions that experienced various challenges. Eric Hansen of Hansen Farms in Upstate New York said the yield was average for them this year, but that nationally, there has been a tremendous shortage of cabbage.

"Our harvest has finished now although there still might be some growers closer to the lakes harvesting the last of their crop," he observed. "Nationally, there have been some real shortages, most notably in the Midwest and West Coast resulting in one of the craziest seasons I have ever dealt with. In many areas, there were delays in getting started, with Michigan and Ohio seeing the longest delays. In the Midwest, it then got hot and dry and although we experienced similar conditions in New York, it wasn't as severe."

The situation is not much better for the southeast, a region that is supposed to be the center of production at the moment. However, weather issues here have further exacerbated the general cabbage shortage. "There is still a shortage because Florida and Georgia have been slow in starting up," Hansen continued. "In North Carolina, which should be in the middle of their season, the crop was affected by Hurricane Florence earlier this year and as a result, volume is down." 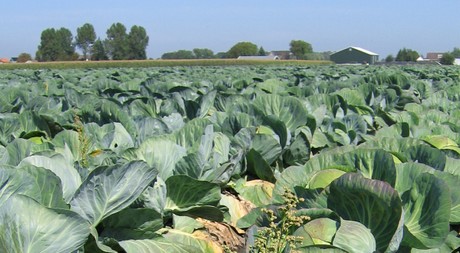 "Bumps in demand overshadowed by lack of supply"
With supplies tight, one might expect the market to be strong. Producers however note that the issues with supply have resulted in a tricky season overall. They have instead been focused on juggling supply in order to meet the demand.

"Although we work on a contractual basis, the market has been good overall," Hansen said. "The bumps in demand though have been overshadowed by the lack of supply. At one point, they were shipping cabbage from California to the East Coast to try to meet demand. Suddenly, conditions dried out in California and then the reverse occurred, where cabbages from the East Coast were being sent to California."

Hansen added that cabbage demand appears to be increasing in the long term, with consumers finding more ways to use the vegetable. "Cabbage seems to be trending with demand on the upswing," he noted. "We are also seeing higher demand for other cabbage products such as sauerkraut, which is known for its probiotic qualities." 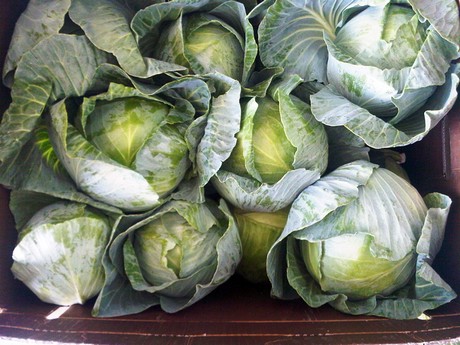 "Koolheads" cabbage enjoys successful first season
For the first time, Hansen Farms planted a new type of cabbage as part of a partnership with L&M Companies. It was the first year of production and the company said it was a success, opening the door to subsequent plantings from next season onwards.

"A new thing for us this year was that we partnered with L&M Companies and planted a type of flathead cabbage," Hansen shared. "The variety is marketed as 'Koolheads' and we had a very successful first season. This has left us feeling optimistic moving forward as we will be planting it again next year."