North America has a solid crop of onions.

“Industry wise, there seems to be more onions than last year and that’s just indicative of the pricing. Pricing is still fairly depressed,” says Jessica Peri of Peri & Sons Farms in Yerington, Nev.

She notes that Peri & Sons have storage crops projected to go through to March. “We’re in a bit of an oversold position going into the first of the year, so we really have to control our inventory,” says Peri, who notes that along with sending its onions throughout the U.S., it also exports onions to a variety of markets as needed including Taiwan, New Zealand, Australia, Central/South America, Dubai and Europe. “It just depends on what the global market looks like for that particular year so I anticipate we’ll probably see more exports to Europe this year,” she says.

Lack of price fluctuation
While demand is high for onions, Peri says what she doesn’t see is retail pricing fluctuate much on onions, even when market pricing is low. “Onions are one of those items where you’ll rarely get much of a lift, even when it’s on ad,” she says. “It’s not like you’d see with grapes and apples.”

Also continuing in popularity are sweet onions, which are appealing to customers thanks to their mild flavor profile. “Demand for them may be taking over some of the demand for the traditional Spanish yellow onion,” adds Peri. 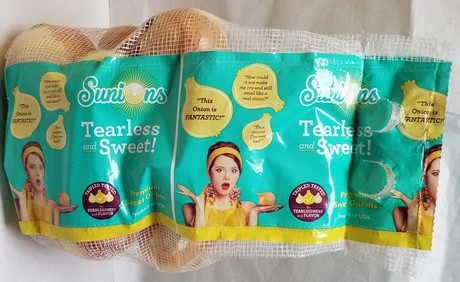 In fact, in the sweet onion category, Peri is in its second year producing Sunions, a tearless sweet onion. While the brand is still just gaining awareness, it requires educational efforts to share its tearless benefits with consumers. “We’re working with retailers to put some point of sale material on display to educate the consumer about Sunions. But then some retailers don’t do as much point of sale so the display-ready copy has to tell the story,” she says. And with still limited acreage on the Sunion, Peri notes that plans are in place to grow the program.

Low pricing
Meanwhile with supplies of onions exceeding demand for them, open market pricing is lower. “I think we are going to see a shift on pricing but we probably won’t see it until January,” says Peri.