“Both District 1 (Central Valley region) and District 3 (Desert region) in California are currently being harvested” says Steve Holly of Voita West in San Luis Obispo, CA. “District 1 came on early because we had a little warmer fall than normal and it’s allowed the fruit to grow and color sooner than normal. Usually you pick lemons by color and we want to pick those before they get too overcolored.”

At the same time, Holly notes that District 2, the Coastal region, is also bringing in some light volume though it’s not its peak season. 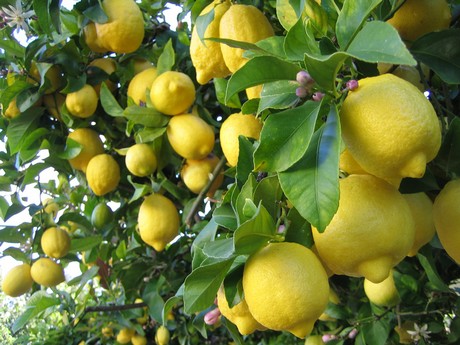 Global Supply effect
Meanwhile, many overseas markets still have inventory of Southern Hemisphere lemons. “We’re waiting for some inventory to clear from the import markets of the southern hemisphere,” says Holly. “We get the inventory figures from Japan for example and most of their Southern hemisphere lemons are pretty well finished and they’re starting to increase their purchases of North American fruit. We don’t get that information from other countries but we are seeing demand to start to increase in most markets.”

He also notes that the lemon mid-sizes are more available than last year. “Mid sizes are dominant but we have a pretty full range,” says Holly. “115s, 140s, 165s are in good supply, 95s are a little bit tighter but available. The quality of the fruit is very good.”

Demand to pick up?
While overall year after year demand for lemons continues to increase, right now, demand is slowing down as weather turns colder in the Northern Hemisphere. “We are seeing some increase in export demand and we’ve already started to see some this week and last week,” says Holly.

All of this means pricing right now is slightly lower than this time last year.