Supplies of Napa cabbage from California look even.

“It’s been unseasonably cool here so the plants are a little behind. But quality wise, it’s one of the better years on these commodities,” says Jack Vessey of Vessey & Co., Inc. in Holtville, Ca. “Here in the desert, this year we have a normal climate unlike previous years where we’ve had unseasonably warm falls. So most of the commodities are a few days, if not a week, behind schedule and Napa is about five days behind schedule.”

Vessey notes that Vessey & Co. is situated in California’s Imperial Valley where Napa supplies run from approximately mid-November to February. He does note that in the desert region, he has seen a market decline on yields of Napa. “But I know it’s been really tight lately. There are some quality issues on the central coast affecting things,” he says. 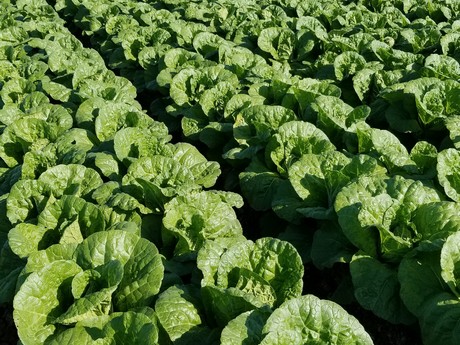 Demand changing?
With Thanksgiving behind him, Vessey anticipates a slight slow down in demand on cabbage for now. He also adds that overall, demand year to year can differ somewhat. “Demand can be hard on a niche commodity like Napa. Sometimes a hot new salad comes out that includes Napa and demand goes through the roof. But in a normal year, a lot of the ups and downs of the commodity price has to do with the weather issues and what our yields look like,” he says.

What suppliers like Vessey & Co. and other growers on the West Coast continue to struggle with is the 2017 ruling via the Federal Motor Carrier Safety Administration that trucks need to carry electronic logging devices or ELDs. “Initially, there was a grace period on the fresh produce side in the U.S. and now it’s coming into play,” he says. “There used to be a lot of mixer loads--the truck might come to the desert and stop in three or four places but you can’t afford to do that anymore. Everyone’s trying to go to just one place to pick everything up. I think small shippers especially will probably end up delivering straight to people’s coolers or things along those lines. It’ll be a learning process.”

Pricing to shift?
Meanwhile pricing on Napa has been good for now. “It’s softening now though which is a natural occurrence,” Vessey says. “Pricing is starting to get back to last year’s levels—as much as $10/box for the past few days.”

Looking ahead, he notes that the lack of extreme shifts in temperatures will benefit growers such as himself. “It looks like we’ll be at or below normal temperatures for the next two weeks so that affects growth of the product,” Vessey says. “Normally we have to get crops out of the ground faster but we may not need to do that. It’s a good thing to have nice mild weather.”