Potato growers and shippers in Prince Edward Island are holding back on packing as they wait to assess their crops after frost back in September. The frost came earlier than usual while the potatoes were still in the ground. As a result, supplies are very tight and will be so for the foreseeable future.

"Potato supplies are very tight right now because a lot of producers haven't started packing yet," noted Ashton Perry of W.P. Griffin. "Back on September 25, there was a heavy frost, which is earlier than usual. It happened towards the end of harvest and as a result, production has been slower while producers are waiting to see how the crop has been affected and how their potatoes will store." 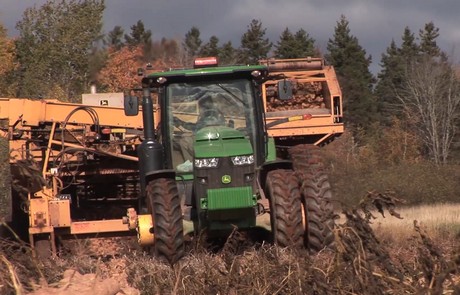 "It's looking like there will be a shortage across many parts of the world, with North America short and Europe down by about 20 - 25 percent," Perry observed. "W.P. Griffin grow many different types of potatoes for the fresh market - around 25 varieties. We also grow potatoes for french fries and there is a shortage for those as well. At the moment, all the major varieties are available, including russets, reds, yellows and creamers. Russets in particular are seeing strong demand because they are used for both processing and the fresh market."

Potential for shortage of seed potatoes next year
It's not just potatoes for consumption where supplies have come up short. It's believed that seed potato supply will also be tight this year, leading some to consider the possibility that the potato shortage may well extend into next year if growers are unable to sufficiently replenish their fields for next season. 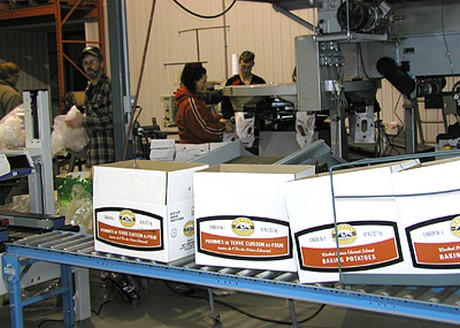 "It also looks as though there will be a shortage on seed potatoes," Perry said. "This is because we weren't able to get as many in this year. Seed potato growers will also have to assess the crop for damage because when the frost came, there was still a significant amount remaining in the ground. This may very well affect seed potato supplies for next year's crop."

Working on new trays
A number of companies are now introducing convenience products as consumers increasingly seek these out in stores. For potato producers, these are typically coming out in the form of ready-to-cook potatoes in trays. W.P. Griffin are also looking to introduce their own convenience products to add to their line-up.

"There are some companies that have introduced trays and have been working on new designs and different variations," Perry noted. "We also hope to have our own trays released soon. These will be microwave-able, steam-able, and roast-able and have their own seasoning included."