“Demand is very strong for apples with the holidays, which you would expect,” says Sandy Cohen of Camp Hill, Pa.-based Cohen Produce Marketing. “There’s also good demand for exporting varieties such as Red Delicious, Galas and Granny Smiths to certain points in the world such as Central America and the Far East.”

However, domestic supply depends on where in the country you are. “If you’re on the West Coast, they’re on the tight side and on the East Coast, there seems to be enough. I would say the overall volume in the Northwest is down,” says Cohen. “Volume in the East Coast is somewhat normal. There’s certainly more out of Michigan, although the fruit is smaller. Pennsylvania there’s maybe a little bit less and New York has a little bit more.” 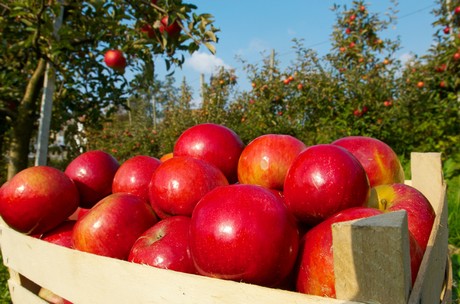 Washington sizes up
And after last year’s Washington crop which was dominated by smaller apple sizes, this year’s sizing has come up. “This year, Washington apples are peaking 100s, 88s and 80s almost on a bell curve,” says Cohen. “There aren’t many supplies of 163s and smaller. 64s and larger, they’re not scarce but they’re significantly less than the peak sizes.”

As far as varietal demand, it continues to look strong for popular varieties such as Honeycrisp and Galas while demand for Red Delicious continues to get weaker.

Even pricing
This means pricing remains solid for apples. “As far as the East Coast, pricing is comparable to last year, maybe a little bit better. A lot of the Eastern retailers are staying with the Eastern fruit because it’s local. And as long as the Eastern retailers can get good fruit out of regions such as New York and Pennsylvania, they’ll stay with Eastern fruit,” says Cohen. “But looking ahead, I don’t expect pricing to change that much. I expect movement to stay strong.”