Opportunities for the Greeks in Gulf states and Asia

“The West consumes fruit, in the East fruit can also be a gift or an offering”

Although the majority of the Greek companies are focused on the (Eastern) European market, some companies look beyond that. The export to far-off destinations isn’t easy, but that’s where the opportunities can be found. Nick Nafpliotis of Greek and Fresh facilitates exports to the Middle East and Asia. He sees opportunities, but is frustrated with the mentality of a lot of Greek growers. 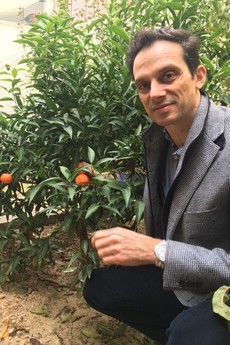 “Progressively, we’re losing market share to Italy and Spain, because they are adapting faster to the global competition by offering new varieties, better packing and cheaper prices on some products,” Nick says. He illustrates this with four examples: pomegranates, white seedless grapes, blueberries and valencias.

“Pomegranates and white seedless grapes are too expensive for the Middle East, whilst quality (size and taste) isn’t good enough for export to Asia. In addition, the market share of the grapes is declining in Europe.”

He tried to export blueberries to the Gulf. “This is an interesting market, and the Greek growers are interested in this as well,” he says. So why didn’t it lead to anything? The blueberry production wasn’t protected from hailstorms, so in the last 2 years hailstorms destroyed most of the summer crop and prevented the exports to distant destinations. 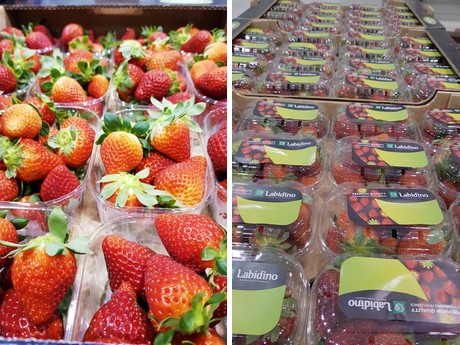 Valencias are available between April and June, but “the growers aren’t doing their part to make export possible.” The citrus has to be sorted better; Asia has no room for citrus with skin damages, and inconsistent size sorting. “You have to position yourself in the global market with a product that is qualitative and priced accordingly. There is only a small frame where you can fit, and the key to success is to find this frame and offer your products accordingly”. 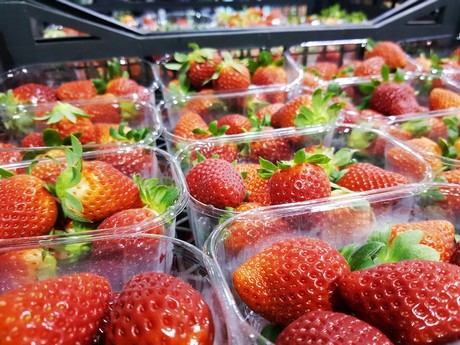 There is a lack of knowledge in the area of pest management in Greece for the cultivation of pomegranates. “Although, a lot of hectares of Wonderful variety have been planted in the last decade, the majority of the production goes to 2nd class or to the industry”. Furthermore, as Nick says “The pink flesh pomegranates variety “Afrata” which is very sweet and similar to the Spanish Mollar variety, are sold domestically at higher prices than Wonderful, and as a result nobody is interested to export them at lower prices to the Persian Gulf, where Spanish pomegranates dominate.”

Greek strawberries travel the world
Nick believes in the export to far-off destinations, despite this situation. Six years ago, he started marketing strawberries in cooperation with Labidino, a pioneer mid-sized production company in the southwest of Greece. “That’s a grower who’s been focused on export outside of Europe from the start. He chose a difficult task to adapt his production and specialise in air shipments. This commitment makes the difference between success and failure.” Nick explains. The strawberry season starts in November and lasts until June. “We have the same varieties as Spain,” he adds. 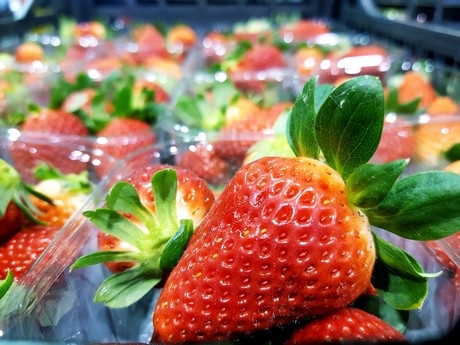 This also explains how the company operates. “We work with growers & packers to develop export outside of the EU,” Nick says. In recent years, he could be found at WOP Dubai, Asia Fruit Logistica and Fruit Logistica. The biggest product Nick works with is strawberries, which are flown all over the world per air cargo.

Knowledge of markets is essential
He has been active on the Asian markets for four years now. “Consumption is rising over there, and everyone is throwing themselves at that market. We saw a demand for strawberries.” The Greek strawberries are cheaper than the Korean and American strawberries, but the quality is comparable especially to the American, resulting in a market for this fruit. The Greek government is still negotiating with the Chinese authorities about access to the market for strawberries. This process generally takes some years.

The Greeks also enter the global market with kiwi fruit more and more. “In the past, two companies exported to Asia, but a few have been added to that now, although we still need more exporters,” Nick continues. “Italian kiwi fruit has a global reputation, but the Greek kiwi is slowly making its introduction to the global stage” Besides, the Spanish have also become interested in the production of kiwi fruit. However, it takes time to build a market. “You have to attend at least 3 major Fairs per year. Two visits won’t be enough.” 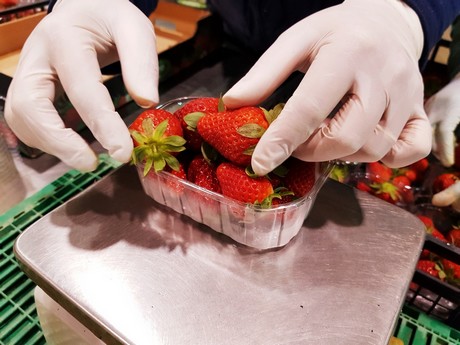 “Asian consumers want fruits with a good presentation and sweet flavour. This market is completely different,” Nick argues. “In the West, we consume fruit because we want to. In the Far East, fruit can also be a gift or an offering. This is important to know before your start exporting fruit.” The strawberries are mainly exported in punnets of 250 grams.

Opportunities for the Greeks
“Dubai, Kuwai and Saudi Arabia are major sales markets in particular,” Nick continues. The Greeks hardly have any competition from local production in the Gulf states. “Strawberries are grown in Dubai, but these don’t interfere with the import, because the production is very low compared to the demand.” 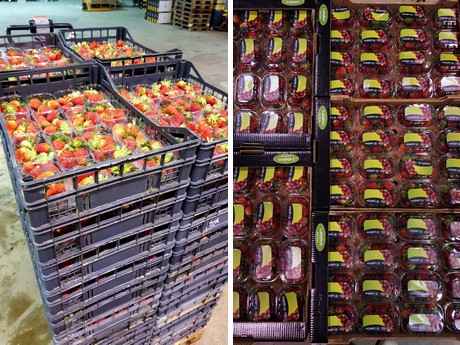 “It’s becoming harder now that the euro is becoming stronger.” The stronger position of the euro compared to the US dollar also affects competition from other countries. Furthermore, the Turkish lira recently lost a lot of its value, which is positive for Turkish exporters. “I expect more competition from them,” Nick says. In Asia, Turkish figs dominate over the Greek ones. In the Middle East, the countries mostly meet over cherries and on apples”.

He positively concludes: “I expect we’ll grow. We have enough production, and we’re planning on expanding. The market in the Gulf states is stable, and Asia is growing. If we have more growers in other products, Greek products will have a better position in these markets.”