The Turkish lemon market seems to be stabilizing after a rocky start. That shift comes just in time, as Spain is having issues with sizes and quality due to the weather. For Turkish exporter Aksun this news comes with opportunities, or at least makes the competition less fierce.

Although the Turkish lemon season started with an oversupply, according to Aksun marketing manager Akin Soyleyen the market is currently stable: “The season has been good so far; there has been an over-supply at the start of the season. All the exporters wanted to sell their fruits at a premium, but that turned out to be a bad idea. We were prepared for that thus for us; it has been starting at the same pace as it is today.”

In Spain the market is dealing with smaller sizes in lemons, combined with quality that is not up to par with the expectations one gets from Spanish produce. Aksun luckily hasn’t had to deal with any of these issues, giving them an edge: “Sizes are generally medium for Aydin variety. The export permit for this variety was given out a couple of weeks ago. We don’t have any size issues when it comes to lemons this year; we can provide the sizes as customers demand. Normally Spain has the upper hand in the European Union due to their geopolitical state, but this year Turkey has an opportunity with its better supply.” Soyleyen says.

The Turkish lemons are exported via a diversity strategy for the season, meaning Aksun doesn’t have a main focus, but rather tries to play the market: “We try to be in different places as much as possible to reduce any possible market-related risks. So we divert our produce to Europe, Asia and the United States as much as we can,” Soylelen explains. With the weather not giving the Turks any issue at all, the sizes being as good as expected, the price have gone up since the start of the season: “The prices fluctuated from the start of the season, due to the oversupply. Now it looks everything has settled, since the chaos from the oversupply has passed and the prices are stable.” 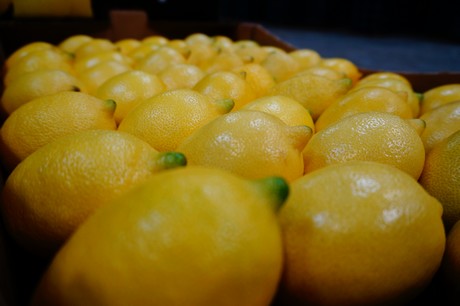 Although Aksun tries to avoid risks in terms of their export market, it’s not like the company won’t take a chance. Most companies are trying to get a foothold in China, but Aksun is trying to reach the Japanese market, Soyleyen states: “We have a new facility that started to export to Japan. The added value comes from Cold Treatment, so we’re hoping this get some positive results the next few years. We’re also trying to find some opportunities in the organic market by doing trial shipments this year. We’ll have to see how it goes, as this market is quite new to us as well.”

When asked if Aksun expects any other challenges the upcoming season, Soylelen seems confident: “If you would've asked me that question last year; I would have had a bit of fear regarding the prices; especially in the EU region. But considering Spain is practically non-existent in the market at the moment, all should be ok this season.”