Lieven van Lommel was quick to respond to the desires of millennials and the health trend with a vision. In 1993, when he was 18, he opened a salad bar in Belgium. “I put 250,000 euro in one shop. As second shop of ten square metres was soon added to that, and another one in Brussels followed. In two years I realised a turnover that would now have been about one million euro,” Lieven says at the Nationale Verscongres (Belgium’s National Fresh Congress). 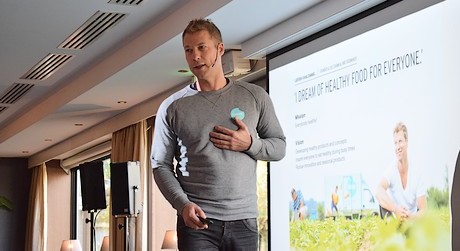 Lieven comes from a family of entrepreneurs in vegetables. His great-grandfather was a vegetable trader, his grandfather started a supermarket and his mother a cutting plant that made delicious and healthy salads using only vegetables. Lieven wanted to take it one step further and bought StarMeal. “This was a young company that repacked our salads and other haute cuisine meals in a personalised manner to deliver to other companies. It was a good idea, but it didn’t take, unfortunately. I wanted to make the best salad in the world. To prove that, we tested it at Rock Werchter, including a new label and nice packaging. Each salad had to be a gift that they wanted to eat. Everything was sold out after one day. On the second day, the press came to my booth, and retailers were calling me to ask if I wanted to supply to them.” 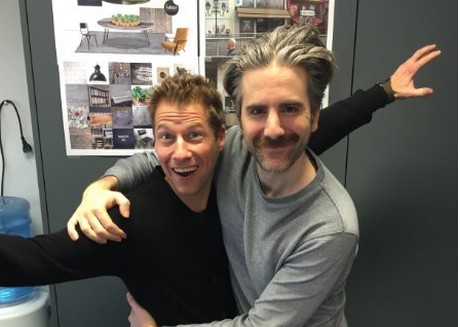 A clear brand philosophy has been connected to StarMeal. “From day one we started with salads without preservatives, without colouring, without added sugars. My basis was that it had to be delicious but healthy. That last part was essential. All of our products use fresh vegetables, no frozen products. Vegetables are one of the only foods that were scientifically proven to always be healthy. Analyses of our products by KULeuven showed that. Combined with convenience, we could started delivering food to top sportsmen like Tom Boonen in exchange for making commercials with them. It provided an additional experience and recognisability to our brand, and didn’t cost much. We managed to grow rapidly this way.”

After StarMeal: Foodmaker
After the success of StarMeal, Lieven dedicated himself to the salad bar concept again and took over Foodmaker, which he built into a new concept, all under his own management. “The Foodmaker is a formula that I would really like to continue with, because it’s universally European. The market of healthy and quick food is now really blowing up. I very much believe in a Foodmaker in Germany, in France and in Denmark. A growing public is interested in our story of ultra fresh without preservatives. An Italian, an American or a German all think our products are equally fantastic. That’s the future for me. At our nine Foodmaker locations we get between 1,000 and 1,500 visitors per day. We have our first foreign branch in The Hague, and are looking at other countries in the short term,” Lieven says. Fun fact: Jeroom Snelders, well-known as presenter of the Belgian TV show De Slimste Mens, is Foodmaker’s creative manager. 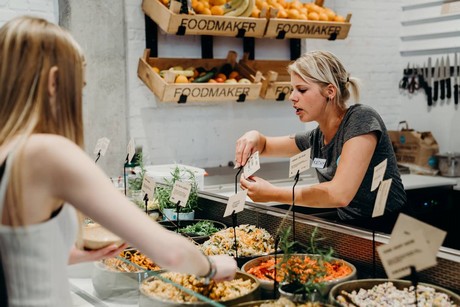 The challenge is to keep labour costs low. Everything is developed and produced under their own management in Belgium, and everything is as fresh as possible. They’re striving to process the vegetables within 24 hours after harvesting. They’re now still working with conventional vegetables, but Lieven hopes to switch to organic in future.