Growers in North Carolina have finished up their sweet potato harvest within the last week or two, ending what has been a challenging period for them. Steven Pope of Howell Farming Company in Goldsboro said the harvest ended later than usual due to Hurricane Florence back in September.

"We finished our harvest just over a week ago," he shared. "The harvest ended a week later than normal because the hurricane prevented us from harvesting for seven days. About 20 inches of rain fell in our area from Florence, which eventually resulted in the loss of around 25 percent of our sweet potato crop." 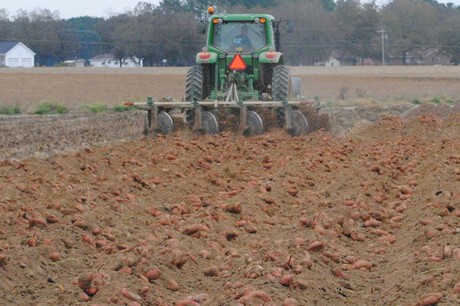 Storage crop salvaged for the most part
It's likely that the vast majority of sweet potato growers in North Carolina have lost at least some of their crop. Most of the losses have occurred because the heavy rains soaked parts of the fields, rendering that product unusable. Fortunately, many growers like Howell Farming were aware of this and subsequently left those sweet potatoes alone. The remainder are reported to be in healthy condition, meaning that the storage crop quality will be good.

"Everything that we have taken out of the fields looks good," Pope said. "We left the sweet potatoes in the areas of the fields that were soaked after the hurricane. Everything else is of good quality and is storing well so far. This is very good as we are always trying to take care of our customers. However, we do expect to have a shortage of sweet potatoes by next summer." 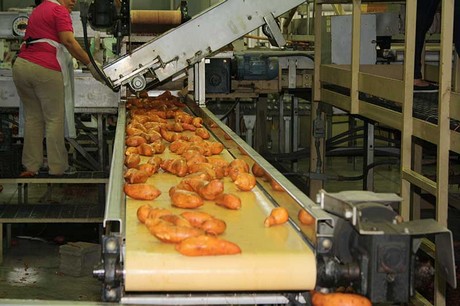 Thanksgiving holiday will boost demand
Growers have already been feeling the rush for the upcoming Thanksgiving holiday. Movement is good right now and prices are ok. Most expect prices to rise into next year as the effects of the reduction in volume become realized.

"We are experiencing pretty heavy demand right now because of the Thanksgiving holiday," Pope observed. "Movement is good as well. Prices are normal for this time of year and they are certainly better than last year. Suppliers will likely try to stretch out the storage crop and therefore prices will probably increase as the year progresses."