Mandarin growers in northern California have donated thousands of pounds of mandarins for firefighters and evacuees of the devastating Camp fire near Paradise. Dozens of people have been killed in what has been described as the deadliest fires in California's history.

The Mountain Mandarin Growers Association of Placer County wanted to help out their neighbors to the north by donating mandarins. So they collected together the fruit from their own orchards and delivered it to the victims earlier this week. 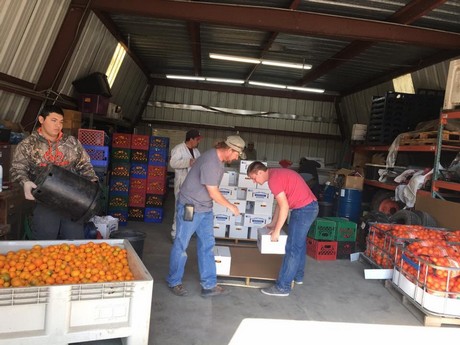 "Everyone here knows somebody who has been affected by these fires," said Rich Colwell, President of the Mountain Mandarin Growers Association. "There are donations of food pouring in from all parts of the country which is wonderful. We wanted to contribute because we felt our little orange fruit could make some people's day a bit brighter. It was also our way of showing support for our neighbors."

"Jyll Aguilar, the daughter of Tom Aguilar of Mandarin Hill Orchards, which is part of our association, came up with the idea," he continued. "Tom called me and said he had 1000lb of mandarins he wanted to donate and asked if we could help match it. I made a few calls to our members and within two hours, Miller Honey Mandarins said they would donate 1000lb too. Others pitched in, with either fruit or fuel for the delivery and we estimate we were able to eventually donate between 4000 - 5000lb of mandarins." 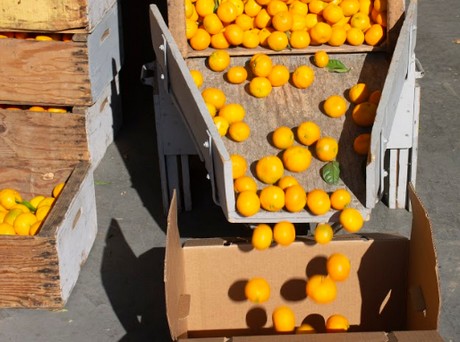 On Sunday, the growers delivered their first load - to a firefighter's center - with a subsequent larger load delivered Monday to the evacuation center set up near Chico. Colwell said their intention was not for publicity, but rather because of their personal connection to the community.

"As a small farmer in a small town, most of us have grown up together and have known each other for a long time," he shared. "I've never been more proud of our community and fellow farmers getting together and helping out as much as we can at this time." 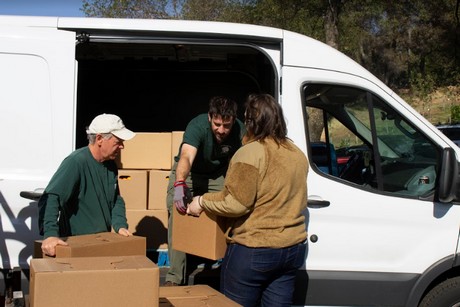 "The fruit that was picked wasn't done so out of abundance, but rather from first pickings," Colwell added. "It's the very beginning of the season, and most of the growers haven't even been able to open their orchards up for harvest yet. Such was the desire of the growers to participate in this."

The fires continue with the latest update suggesting that firefighters still have not been able to get the blaze under control. There are a handful of mandarin and other growers in the region, but reports are that the fire is in higher elevations and therefore none of the crops themselves have been affected.