Keisie Valley Gooseberries wants to change perceptions of the fruit 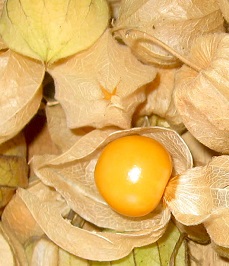 When William Pulles bought a farm in the Keisie Valley, near Montagu in the Klein-Karoo, with an eye on fodder supply for his ostriches, he found something quite different: the Cape goldenberry or physalis.
He has now become the only farmer in South Africa with a sole focus on Cape goldenberries (known locally as Cape gooseberries) and the largest domestic supplier of the humble fruit which has increasingly been catching the eye of nutritionists.

William has big plans for the fruit: he has opened an office in the Netherlands and will be meeting with Dutch traders at the beginning of December with the idea of starting exports soon afterwards. “We’re going to try and change the market a bit because in Europe it is more known in its papery husk, used as decoration, or dipped in chocolate. It breaks my heart that people regard it as cake decoration rather than as a superfood.”

“It is interesting that while there is so much focus on blueberries as a superfood (and indeed it is), the Cape goldenberry actually outperforms the blueberry on almost all counts,” he says, noting that its levels of antioxidants, vitamins A, B, C, E and K, minerals and fibre are significantly higher than those of blueberries.

“It’s my plan to become a large-scale supplier of gooseberries to Europe,” he declares, and in fact, he would’ve started exports last season already but for the drought in the Klein-Karoo which affected quality and size. 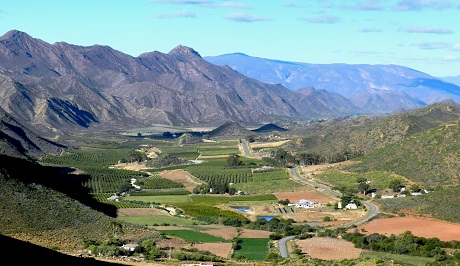 Keisie Valley Gooseberries grows its own strain with larger fruit
He started farming Cape goldenberries in February 2014, by which time a number of other Cape goldenberry producers had decided to get out of the particularly labour-intensive crop in the aftermath of the turbulent protests in De Doorns in 2012. “It was a good time to get into Cape goldenberry production and we built the packhouse and all the required cold storage and freezer facilities a packhouse and cool room. We’ve identified a variety on our farm with bigger-sized fruit, but in all other respects it’s indistinguishable from other goldenberries. We collect the seed and nurseries propagate the plants for us. This larger strain doesn’t propagate quite as easily as other gooseberries but we’ve learned the ins and outs, and this is the seed we provide to farmers in our grower network.”

His television appearances have solicited quite a bit of interest from growers, some of whom are now part of the grower network he has started putting together to ensure constant, year-round supply. He now has eight growers across the country, from where grade one fruit will be trucked down to the packhouse in Montagu and from there to Cape Town Airport.

He is aiming for approximately 300t of production from the grower network. 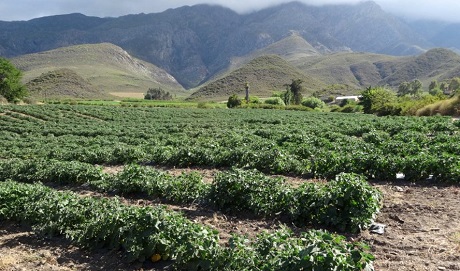 Organic production
“Our integrated pest management is completely organic, we spray no chemicals on our plants. We’ve developed organic protocols and produce fruit with zero MRLs, but we’re not marketing it as organic because for that the farm and all facilities have to be certified organic,” he says. “At this stage everything has been certified in terms of GlobalG.A.P. We’ll definitely look at organic certification in future because in Europe the price premium on organic produce is significant.”

“It’s time for the European market to discover the real superfood: the Cape goldenberry.”