Avocados Australia expects supply in the Australian domestic market to be steady for the rest of the calendar year.

“It will most likely taper off in January and February," Mr Tyas said. "However, New Zealand has had a good crop this year and that will provide greater volumes, to fill this gap."

The rapid rate of increase in Australian avocado production has created an imperative for the industry to access and develop new markets. Beginning in late 2017, Avocados Australia, with an investment from the Hort Innovation Avocado Fund, started a new project to improve the country’s export readiness and market access.

"The aim of this project is to ensure the avocado industry is prepared to export, maintains a robust industry capacity to pursue new and improved market access, and provide necessary support to the government in their negotiations," he said. "The overall objective of this project is the continued pursuit of the industry’s market access and market maintenance goals in line with the recently delivered Avocado Export Strategy: by 2021, to have more than 10 per cent of production exported to markets where customers are willing to pay a premium for Australian avocados." 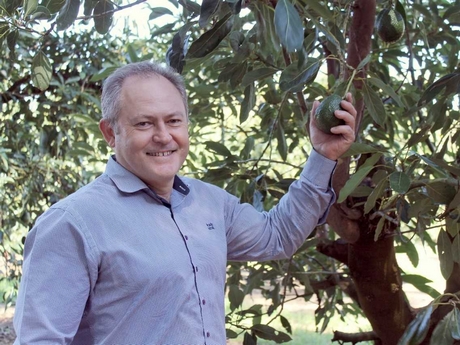 "The Australian Avocados 'Smash an Avo' campaign has been running domestically for much of this year, including television, various out of home activity including shopping centres and gyms, and a range of digital activity," Mr Tyas said. "This year, Australian restaurateur Bill Granger also helped us celebrate 25 years of smashed avocado."

However, with the rapid rate of increase in avocado production, Mr Tyas says it imperative for the industry to continue to develop and access new markets.

"Based on production forecasts developed by Avocados Australia, Australian avocado production is likely to be about 115,000 tonnes by 2025," he said. "This rate of growth is well above previous consumption growth and the expectation is that significantly more fruit will be marketed to off shore markets as domestic market saturation increases."