Huelva's strawberry campaign is starting earlier than ever with the introduction of a new variety, the earliest to be grown in this production area so far. Its harvest has already been underway for a couple of weeks, with the supply going to the local market, and now some batches are also being shipped overseas. 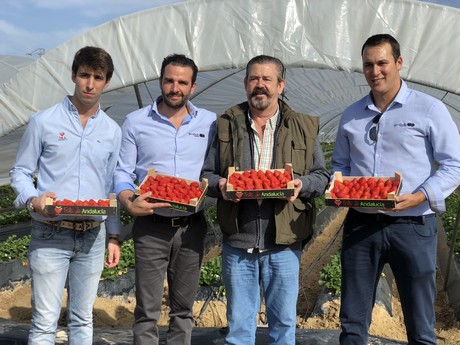 "The variety's harvest can be easily scheduled, since it starts yielding fruit 35 days after the planting. This makes it easier to plan the production together with our customers," says Manuel Cerpa, commercial director of BerryDealer. This company has the preferential right to distribute the variety in Spain. The fruit will be produced and packaged through its partner El Pilonar Manolo, which belongs to the Fruta de Andalucía group, in Huelva. Moreover, in late November, BerryDealer will go from being only a marketer to becoming BerryDealer&Produce.

"We have been testing this variety for two years in nurseries and the results are very satisfactory. At the moment, we are already harvesting and making our first shipments to Ireland. Soon we will start also in Belgium, France, Italy and Germany."

According to the exporter, this medium-sized variety stands out mainly for its sweet taste and attractive and uniform appearance. Moreover, it has a sufficiently long shelf life for it to be exported. "Its least positive aspect is that it has a lower productivity than other varieties, but its extra-early production period makes up for that, since it starts yielding fruit in November and continues until the end of March. Also, its performance is very different from what we are used to seeing in other varieties planted in pots, whose productivity usually drops for one month or a month and a half. With other varieties, it is normal for the plant to stop producing from around mid-January up until the middle or end of February; this, however, doesn't happen with this variety, helping the producer obtain more competitive prices." 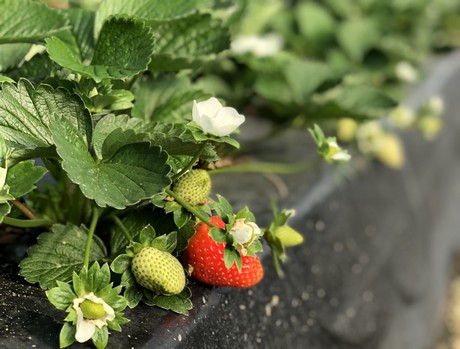 Furthermore, the fact that it is harvested between November and March results in more interesting price levels for the producer, especially between November and January, when the fruit usually reaches the highest prices. From February to March, however, good sales work becomes necessary, given the greater supply of strawberries in Spain. "Given its incredible flavor and good quality, our objective is for it to stand out from other varieties in terms of prices in the months when the market supply grows, offering our customers a variety that guarantees higher quality and a better flavor than other more common ones."

For the upcoming campaign, BerryDealer has approximately 300,000 plants to carry out the first commercial test, and if everything goes well, they will plant more in future campaigns. The firm also markets the strawberry varieties Rociera and Rábida of the FNM and Fortuna program, considered the most productive in Huelva.