A group of ten Greek growers in the Argos region decided to take control of their own sales four years ago. In the past, the products were sold by traders. “It’s the fourth season for us operating as Helmi King,” says Dimitros Argentos. “We had to start from scratch.” The company trades oranges, tangerines, apricots, peaches and nectarines. 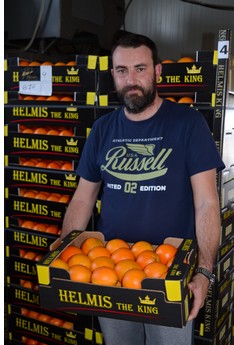 The group is mostly focused on export, but also supplies to the domestic market. “We trade the fruit of our members, but we also buy citrus from non-members,” he continues. The growers often have small areas, about 120,000 square metres, although this results in a good volume combined. For this season, Dimitros expects to sell 10,000 tonnes of oranges, mostly Navelina, Navel, Navellate and Valencia, and 3,000 tonnes of tangerines, mostly clementine and Nova.

Large sizes to Romania
This volume is divided over Eastern European countries, including Poland, Romania, Hungary, Bulgaria and the Czech Republic. “It isn’t easy to find new markets, but we’re growing every year,” Dimitros says. “We invest the profits in improvements every year.” These investments are paid for with their own money. The bank isn’t involved with the company. Although Helmi King loaded 90 lorries four years ago, they currently load 150 to 250 lorries.

Expectations are high. “The rain was good for the oranges and sizes aren’t disappointing.” The large sizes are exported to Romania. Polish consumers prefer smaller sizes. “The Polish market is becoming more difficult,” Dimitros says. Polish consumers also see the Spanish citrus and adjust their expectations for that. Citrus with damages to the peel, for example, are no longer wanted. The competition is also felt from the east. “Egypt and Turkey harvest in other months, but I hope they’ll export all of their citrus to Russia,” Dimitros says, smiling. 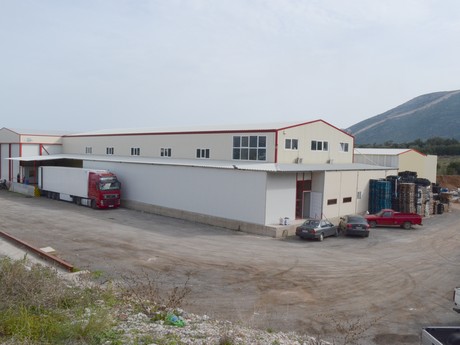 Change of mentality needed
The location in Koutsopodi, north of Argos, is equipped with three cooling cells and a sorting line. About 30 people work on the sorting and packing line per shift. Another 90 people are working in the orchards. “We mostly employ Greek people, but we also have some Albanians.”

“Greece has a lot of old trees. We need a change of mentality among growers to invest in new varieties,” he concludes. Besides, he sees a role for the government to establish an institute to take care of the central promotion of citrus.