Demand on cooking bananas about to increase sharply

“There will be a good supply too for the upcoming holiday season,” says Jose M. Roggiero of Freshway Produce Inc. in Miami, Fl. “There haven’t been any major reported shortages from Central or South America.”

Freshway brings in the bananas from Costa Rica and Ecuador. “We’ve found a consistent supply from Central America and compliment it with bananas from Ecuador,” says Roggiero. “Supply is consistent throughout the year for the most part.”

The bananas, which are green and used for cooking purposes (such as making them into patties, boiling them or adding to soups) are popular with the Caribbean and Central American communities and are part of Freshway’s Tropical Roots program. The program includes a variety of similar, yet different commodities in the category including Cassava, Chayote, Calabaza and more. “These are items that compliment each other and that demand really increases considerably in the holiday season,” Roggiero says, noting that the products are popular up and down the U.S. East Coast. 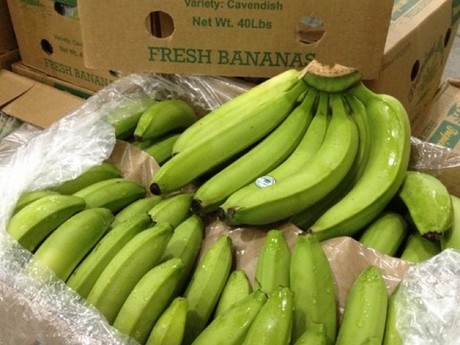 Increase in demand
In fact, Roggiero says that demand is growing for these cooking bananas. “They tend to substitute for a potato and people find them more and more interesting and are getting more creative when cooking,” he says, noting that pricing is generally consistent for this commodity and is currently similar to last year’s prices. “That’s driving these products to start growing consumption in the U.S.”

He is however preparing for a holiday pick up in demand. “Overall, there’s a slight increase in demand compared to last year,” he says. “And as we approach winter, we’ll see that ramp up. We think demand will increase 30-40 percent until the end of the month and then as high as 50 percent in the month of December.”