Maison Bayard in the spotlight

On November 11, many heads of state and government officials visited Paris in commemoration of the 1918 armistice. Emmanuel Macron received them at the Elysée for lunch, where the renowned Chef Guillaume Gomez had prepared a wonderful meal with the Somme potatoes from the Maison Bayard family business. Françoise Bayard said it was a great pride for the whole team.

"We only heard the news on Sunday morning, when the chef sent us a message that our potatoes would be cooked for the official meal. It was a surprise for us, "said Francoise Bayard. The company has already been working with the Elysée for two to three years. "Before we only worked for the President. This time, we were even more proud than usual. " 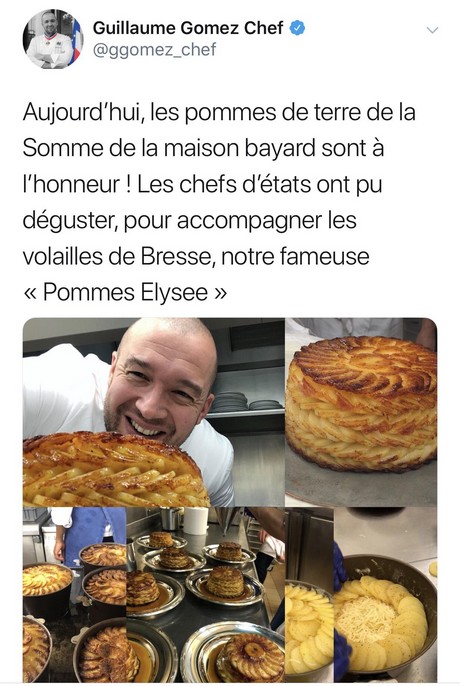 With Maison Bayard's potatoes, Guillaume Gomez has prepared his famous "Apples Elysee". It's a potato-based dish with butter and Comté cheese. In the recipe, which can be found in the book "Cooking, lessons step by step", he uses potatoes of the Charlotte variety. The fact that he cooked potatoes from the Somme is probably a reference to the Battle of the Somme.

Bayard Distribution was founded by the couple Françoise and Bertrand Bayard. In 2008, their daughter Adèle joined them. Their son Florent joined the company in 2017. 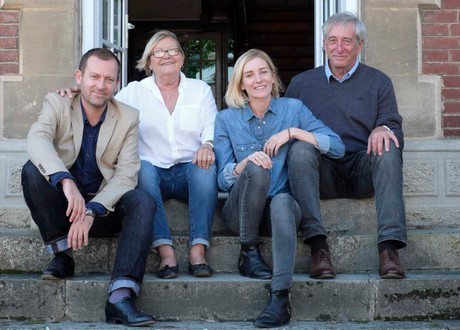