California Giant's Mexican raspberry season has started a month earlier this year with production beginning in September. The company grows in a number of regions in Mexico, with the variety grown allowing them to enjoy a lengthier window lasting from fall right through to the middle of next year.

"We have been picking raspberries since September, a month earlier than last season," shared Rodrigo Aceves, California Giant's Director of Operations in Mexico. "We grow the Adelita variety, which has a first flow of fruit coming from its mother plants, followed by a second flow from the secondary canes. Thus, with different planting dates, we have fields in different stages but overall we will have fruit until June 2019. Currently, we are receiving raspberries from all over central Mexico, which includes the states of Michoacán, Jalisco and Guanajuato." 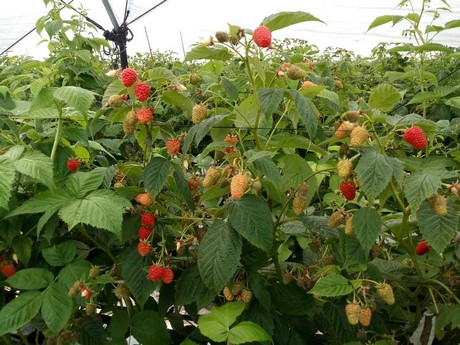 Poor weather in October a challenge
The end of Mexico's rainy season has been truly wet, with hurricane activity and heavy rains affecting multiple crops all over the country. For raspberries, the crops were not directly affected by the more damaging phases of that period but nonetheless did feel some impact, with a dip in production reported by growers. Now that we are into November and therefore out of the rainy season however, the outlook is more positive.

"October was a rainy month compared to previous years," Aceves noted. "Overcast days slowed the development of the plants and ripening of the fruit. We are looking forward to November and December where the weather looks like it will be more favorable for the plants."

With strong demand, the company said raspberries are in short supply right now. "There is a lot of demand for our raspberries, so we haven’t had any surplus on the supply despite the increase of production compared to last year," Aceves observed. 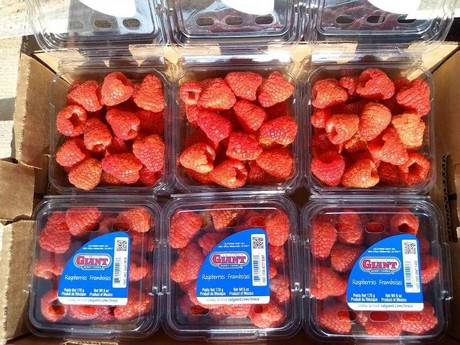 Further expansions and organic raspberries
For the next few weeks, prices are predicted to rise as Thanksgiving approaches. Overall though, Aceves noted that prices have been similar to what they were last season. "With the approach of the Thanksgiving holiday, we are looking forward to have better returns for our growers which have been putting a lot of effort on delivering the best quality raspberries," he said.

California Giant sees a positive season ahead, with the company preparing for some new introductions over the next 12 months, including their new 12 oz package, as well as the introduction of an organic raspberry deal in Mexico next year.

"We started packing the 12oz pack for some of our customers, as well as planning the expansion for 2019-2020 season," Aceves concluded. "Additionally we will have some organic raspberries this coming spring, which we hope can become a strong program over following seasons."